Home Costa Blanca North Letters to the editor If you go down to the woods today!

Spain has such a spectacular and diverse natural landscape. From beautiful beaches and coves, to magnificent mountain ranges and wide open spaces. Living in the costas, it’s hard to believe that we live in the same country where bears, lynxes, wolves and other wild animals roam in forests and other natural environments.

Seeing the ‘Photo of the Week’ in the CBNews, of the two young captive-bred Iberian lynxes being released into the wild, was ‘a sight for sore eyes’, animals bred in captivity, rarely get to see a natural environment.

Wolves were amazingly considered a ‘pest’ in Spain until the early 70s and the bounty placed on their heads by the Franco regime, sadly almost decimated these iconic ancestors to our present-day pet pooch.

However, the CBNews recently reported on a new law that’s been introduced in Spain, which offers protection to the Iberian Wolf and makes it illegal to hunt them. The law isn’t without it’s opponents, especially in the north of the country, where farmers have expressed concerned for the loss of ‘livestock’.

In reality, although wolves will undoubtedly hunt cattle and pigs, etc. they also ‘work in harmony’ with nature, by keeping in check, populations of wild deer, boar and rabbits, which in turn helps to protect forests and other natural green areas. They also eat carrion and fruits. There’s also evidence to suggest, that feral and domesticated dogs might be responsible for the loss of some farmed animals in these areas.

Populations of Iberian wolves have gradually grown in certain regions of Spain and they have even been sighted around 60 km from Madrid. Currently, there are around 2,500 wolves in the peninsula and experts believe, that we may well start to see wolves in the north of the Valencian region (Castellón) in five years or so. However, it’s unlikely that you’ll ever see wolves whilst drinking your morning cuppa overlooking Poniente beach!

Properly managed and sustainable eco-tourism, not only contributes to a country’s economy, it also improves our relationship with the natural world. Spain has enterprises which organise non-intrusive wildlife tours, including the haunts of wolves, bears and lynxes.

Eco tourism is a growing ‘industry’ and at the forefront, is the Association of Eco Tourism in Spain (AES) https://ecotouristinspain.com

We can’t entirely escape the modern world (or aspects of the natural world we may find distasteful or upsetting!), but we should learn how to live with nature, before it’s taken from us.

How will bar owners survive? 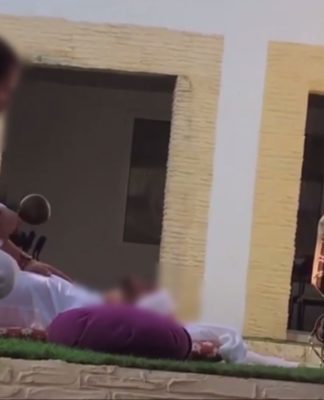