Impressed with the necessity to respond to the deplorable circumstances Mr Steve Fitzgerald experienced at the sale of his motorcycle (May 10-16, 2019), I submit the following account: The ordeal Mr Fitzgerald was subjected to due to his buyer’s breach of trust and a failure to transfer the bike’s ownership in his name, is really deplorable (May 10-16, 2019).
However, the recommendation on your correspondent’s pitiful situation provided by Mr Graham Shelton ‘…the foolproof way is for both, the seller and buyer (of a vehicle), to go to a gestor and let the professionals take the strain’, in my own case, brought to light a gestor’s terrible professional incompetence, coupled with Spanish authorities’ strange and unfathomable way to handle the matter.
Last year I sold my 46-year-old post-war military Volkswagen convertible of which 15,000 units have been produced and delivered to the German Armed Forces. The car is the successor of the World War 2 VW ‘Kübel’, technically based on a VW Beetle.
A prospective buyer from Mallorca, accompanied by a mechanic specialising in VWs, came to view my car. Impressed by the mint condition of the vehicle which – subsequent to a thorough professional restoration, a desert camouflage paint job resembling a ‘Kübel’ of field marshal Rommel’s North African campaign, insignia of the Wehrmacht and the Afrika-Korps – the buyer couldn’t resist temptation and nodded.
We drew up a bill of sale stipulating that the buyer’s Mallorca-based gestor would handle the change of ownership and I refrain from selling the vehicle to a third party. The buyer left after having made a generous cash deposit.
On the following Monday I received a phone call from the gestoria in Mallorca. I nearly hallucinated, was close to producing goose pimples! The woman stated that I’d have to clear the car with Spanish customs because the registered owner is a foreign non-resident company… I started singing the Everly Brothers’ song ‘Wake up, little Susie wake up, well Susie baby looks like we goofed again…’ ‘Why are you singing ?’, asked the woman. I reminded her, that the car, for 16 consecutive years bears a Spanish registration.
I hurried away to a local gestor who assured me he would arrange the change of ownership only charging €50 for his service, all fees apart (the buyer’s gestoria in Mallorca demanded €250). The buyer approved the gestor’s offer.
The first obstacle: Since the law had changed, my power of attorney as administrator of the company, in whose name the car was registered, was not sufficient to authorise the change of ownership and I needed a NIE. the foreign identity number. It took me five days to get it.
The second obstacle: The gestor never dealt directly with the licensing authority, (Jefatura de Tráfico) and presented all his queries to the legal staff of the Colegio de Gestores de Cartagena.
The bad news: Tráfico refused to process the ownership change because the company’s NIF (fiscal number) failed to coincide with the NIF used 16 years ago when I registered the car. I showed the gestor a letter from the Agencia Tributaria (the taxman) which revealed that, five years ago, the company’s NIF had been modified by substituting one letter.
The third obstacle: Tráfico said: No way, José! I had to dig up the document which showed the assignation of the meanwhile invalid NIF, despite the fact that the company’s annual tax declaration contains a different but valid NIF.
Finally, the buyer showed up to close the deal. The bank checked on the authenticity of his cash. The gestor prepared a document that obliged the buyer to drive the vehicle straightaway to Mallorca, assuming responsibility regarding traffic fines, a car accident, and a special insurance was obtained because due to the sale of the car my insurance had ceased to cover anything.
The last obstacle: Force majeure! The buyer and his mechanic stayed in a local hotel and they had a reservation on the next day’s Dénia – Mallorca Ferry. We parked the car in my garage. When I picked them up the next morning they had been informed by email that, due to bad weather conditions, the ferry’s departure was postponed for 24 hours.
The aforementioned events are living proof of the slogan ‘Spain is different’, depending the way to look at it.

Joy for the jab 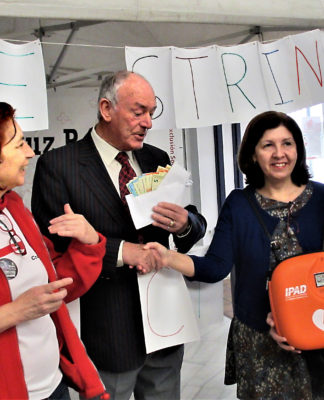 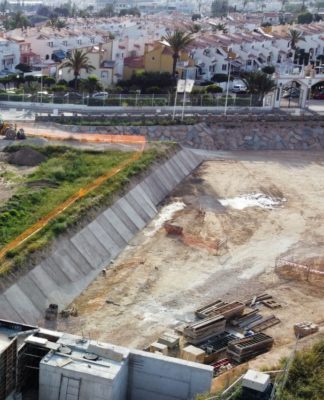 ‘Flood park’ project to be ready for the rains 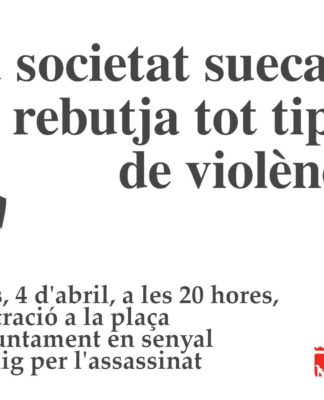 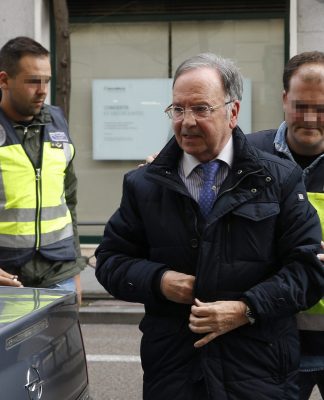