Recently we have seen the ex-mayor of Torrevieja released from prison following his conviction for corruption. Many politicians from various different parties and contracting companies all over Spain have and are being investigated by the National Police or the Guardia Civil for corruption over municipal contracts that have gone out to tender. There are many cases in the courts at the moment and many more that have not even reached the courts yet due to the very long legal process in Spain. The contracts that are at the centre of these investigations are quite often for very large amounts of money.
The most recent ongoing investigation and court case reported in Orihuela Costa involves the former Green party government supported by the PSOE and the lucrative multi-million-euro beach-bar contract. This contract could, without apology, be renewed by the current PP-C’s government at Easter when it is due to expire. However, due to the overwhelming evidence that has been made public about political corruption, it was seen as prudent to put the beach bar contract out to tender again without some of the highly controversial elements that discriminated against all of the companies tendering for the current contract except one.
In the opinion of most political commentators, Louise Boné (C’s), the councillor responsible for beaches, made the correct decision not to renew the existing controversial contract and instead put it out to contract by Easter 2018. Orihuela Costa has 11 beaches, nine of them boast the prestigious European blue flag. There will quite likely be 11 beach bars or chiringuitos, one on each beach. The beach-bar contract also includes sunbeds, chairs and umbrellas, as well as water toys of all description. This is a multi-million-euro business and unfortunately this huge contract could attract bidders who will not act in an ethical way. Big money contracts can encourage corruption problems.
As yet, it is not clear what conditions will be required by the town hall and maybe some early information would help a wide participation in this contract bid. Why wait until Easter to publish minimum requirements for this very important touristic service? Louise Boné should strongly consider dividing the contract down to a beach-by-beach bid rather than companies and individuals bidding on all 11 beaches together. This will be fairer, less open to corruption, and increase the likelihood of a top-class service. It would also make it easier for smaller companies to operate the beach bars and would, in general, raise the standard of the services offered on each beach. Naturally, it could be possible for companies to bid on more than one beach.
The most important aspect of 11 different beach-bar contracts will be the reduction in the incentive for corrupt persons to influence the outcome of the bidding contest. Mafia-like political corruption tends to happen on a large-scale business operation rather than in the smaller, less profitable ones. There are greedy people everywhere. There are a few politicians who are honest public-spirited people, who have a great desire to serve the citizens, but the best of them seem to be pushed to one side. Others are not so honest and have few scruples when it comes to lining their own pockets.
The plea to Louise Boné today is to break this gold mine down into manageable pieces, one contract per beach. If there are some unprofitable beaches, then combine it with a high-profit beach. Publish the main or minimum requirements in advance of the contract bidding process. Keep corruption in public contracts to a minimum.

Pay to stay in the EU 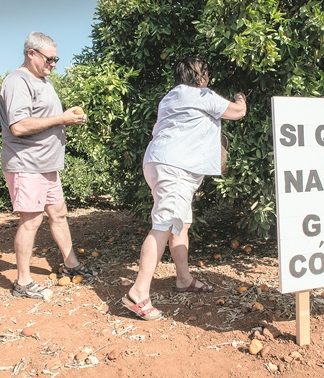 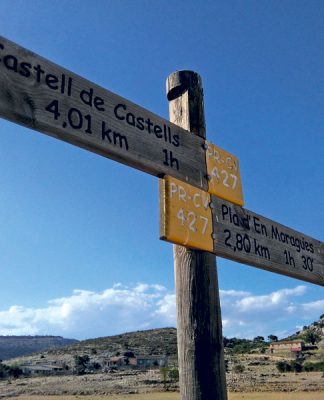