Email
December 31, 2015
Sir,
I travelled home to Spain on a late afternoon flight mid December on a Saturday from Gatwick to Alicante. Having checked myself in for my speedy check in/speedy boarding/extra legroom seat I decided to go to the M & S Foodhall for some “bits” Big mistake they had so many bits that I went OTT and only when packing up the purchases realised that I was now going to be over my Hand Hold sized bag plus my Handbag.
When I eventually got through the “Crocodile” Security check in, where I had numerous black plastic boxes for my wares to be scanned, I again repacked but it didn’t matter how many times I repacked there was going to be a problem. As I had already set my sights in the Duty Free on a previous visit, various gifts which I still had to purchase it was turning into a nightmare.
A lady in the Duty Free took pity on me and gave me an extremely large duty free carrier bag subject to me subsequently making a purchase in the Hall. I unpacked repacked and returned for the final leg, that bag looks too heavy now we had better double bag, a guy said to me, he then went off armed with a list of the purchases I wished to make and returned with them to the Till while I waited and was given another large duty free bag for my purchases.
At this time my flight was called and I with my 4 bags took off for the 10 minute walk to the Gate. On the first moving walkway, having placed my bags on the floor and being regaled loudly by tropical noises for its length I inadvertently bumped into a group of aircrew. A bit of banter ensued with one guy naming me the bag lady, I pointed out on Easyjet I was allowed 1 hand luggage, 1 handbag and duty free bags, quite right he said then proceeded to offer assistance. What flight are you on, the same as you I suspect, where is that a guy said, Alicante, laughter ensued and by this time we were at the gate. I went to the top of the speedy boarding queue and in a few short minutes was at the aircraft door were one of my bags promptly broke. Bag lady it’s you said the Head Steward and promptly called 2 stewardesses to take and store all my bags as I was by an emergency exit.
The flight itself was good, my head steward and 1 of the girls serving me still chatty, this time in Spanish as well, and attentive and helpful when I wished to look at another gift.
A blonde guy came out of the cockpit saw me, waved and gave me the thumbs up, who is that I asked, the pilot!, we had the smoothest landing ever which I later learned was by the co pilot a lady. I was one of the last to leave the aircraft and instead of leaving me to my own devices I was helped yet again.
Credit to the crew and to Easyjet for employing people who were not jobsworths and did what all people working in the public sector should do, proper service. I like to think that when I worked in the public sector I too worked with this attitude.
I shall be using them again in 6 to 8 weeks time I like to think it will be the same although I won’t push my luck with that many bags again.
Regards
Elaine Robinson

Garrucha crashes out of Galasa

A cherry on the Telitec tasting tour trifle! 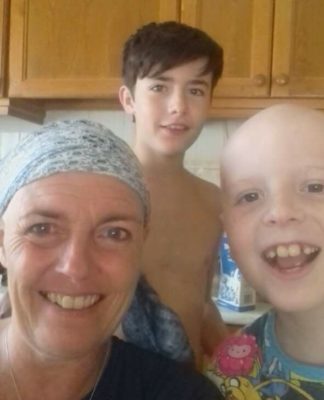 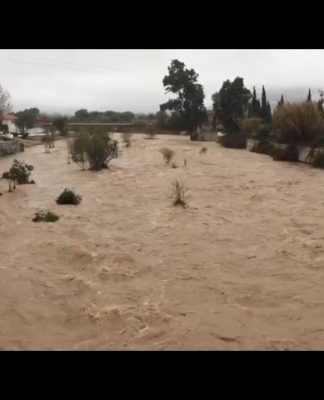