Can we please have a straightforward article on Brexit? I have registered to vote as I feel that I need to protect my future in Spain for my friends and I. However, never having taken the slightest interest in politics before, believing that who got into power just kept changing things around and never really benefitting people like me. Brexit, if the scaremongers are to be believed, will have us all scampering back to the UK with our tails between legs. What are the real facts for and against?
I am sure that a reputable newspaper such as yours has already got this in the “pipeline”, but a nice straightforward article to give us the right information will help many, I’m sure, vote the right way for both theirs and the UK’s future.

Dear Mr Mercer
Last week Costa Blanca News dedicated four pages to Brexit, how to vote, possible consequences according to Labour and Conservative parties and a little tongue-in-cheek Vox Pop letter. This week we have printed what the Cabinet claims will be the consequences of a Brexit, and over the next few weeks we will be giving more space to the real facts for and against Brexit – but as the PM himself has admitted, there are still many details of the agreement with EU to be discussed. In the same manner, if the decision is to leave the EU, Brussels has admitted it has ‘no plan’ for the Brexit, so any article would be based on supposition rather than real facts. However, we will endeavour to get answers from the powers that be – although as you have pointed out in your letter, when asking politicians this sometimes proves to be an almost impossible task.
Please bear with us and we’ll keep you informed – and thanks for seeing Costa Blanca News as the best source for such information.

Dear Editor
With due respect to your correspondent Malcolm Hardy (Letters 26/02) regarding the forthcoming referendum, it rather looks as though he has misread the contents of my earlier letter.
First of all I was pointing out a few issues without actually stating that I was voting in favour of a Brexit. Nowhere did I commit myself to which way I would be voting in that referendum.
My vote is for myself to decide as and when the time arises, and will be between myself and the ballot box. So please do not put words in my mouth, for this is how nasty rumours arise!
As for the sentence beginning “Perhaps the biggest threat may come from the hundreds of thousands of migrants etc, etc.” Again, nowhere did I refer to European migrants in that sentence, for like Spain, for example, you are not entitled to vote in national elections. However, it has transpired that up to 3.4 million Commonwealth migrants would be entitled to cast a vote, those who having been arriving in Britain in numbers since the end of the Second World War.
For the population make-up has been changed out of all recognition since that time, but more so since a certain Prime Minister went into “diversity” big time after 1997, and no one had the courage to stop him for fear of being called “racists” and or “bigots”.
It is probably because the current situation in which now we find ourselves has indirectly led to this crossroads.
There could be people from as many as 70 countries and 15 British Overseas Territories being entitled to a vote. There will be, of course, British people and those expats who have been living abroad for less than 15 years. (Why has this situation not yet been resolved for all expats to cast a vote?)
However it should be borne in mind that seven countries are queuing up to “join” the Club EU, including Turkey, Bosnia, Macedonia and Montenegro for starters, but there is no mention of Norway wishing to join, apparently they are doing fine, thank you.
So, with all these countries waiting to join, just how much more migration will that create?
There are four months or so before the referendum takes places and there are many subjects and topics which must be discussed and argued about before then, and no one should be stigmatised for putting forward their own thoughts and feelings about the future. That is what democracy is about!
There are difficult times ahead for Britain and the British people; decisions between head and heart which I mentioned and which is on the front page of the current CB News. Please use your right to vote.
As a P.S. If you wish to follow the headlines in some of the media, would Britain want to vote for an institution that appears to be falling apart? Many other countries want Britain to remain in the EU. Ask yourself why. And my vote is still between myself and the ballot box!
Focus on the main issues and not on the people! Or there could be a misrepresentation of the true vote.
This is one vote which has to be right for Britain and the British people. Let us hope that all those who are entitled to vote actually do just that. Don’t waste it! 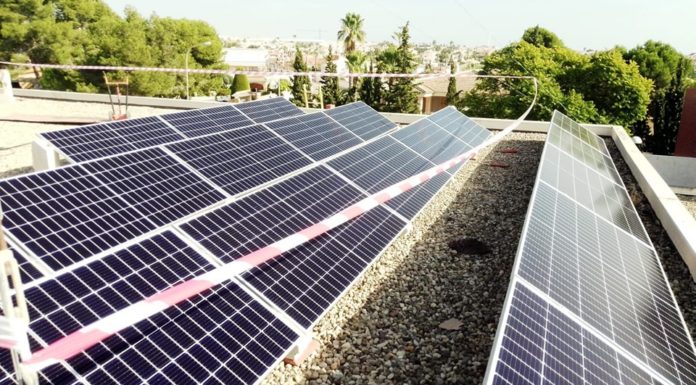 Call for ‘responsibility’ over virus outbreaks 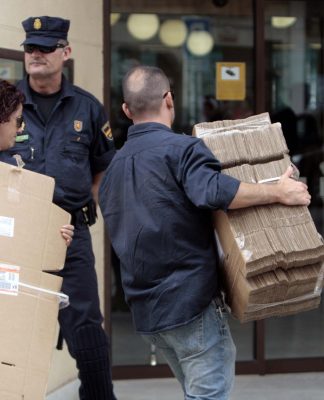 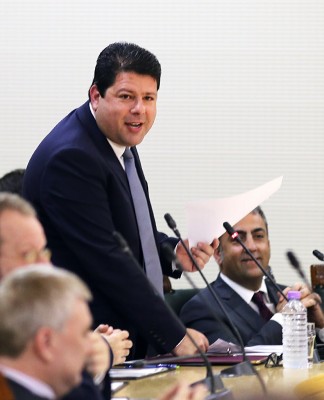 Gibraltar makes its case for ‘no’ on Brexit