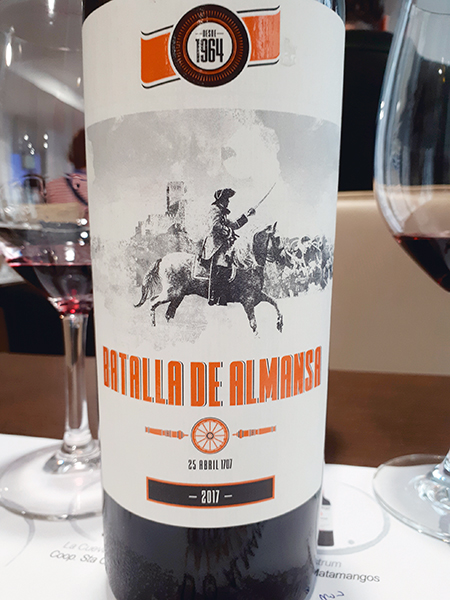 In the Ayuntamiento, Town Hall, of Almansa there’s an impressive tiled mural depicting the battle that occurred near the town in 1707 during the Spanish War of Succession. The Spanish won, thereby reclaiming the East of Spain from Archduke Charles of Austria.
Though not at all so bloody, the good people of Almansa have another battle on their hands at the moment – convincing the wine world that their wines can rub shoulders with those of the other more famous areas of production in this part of the Spanish peninsular. Bordering to the south the DOs of Jumilla and Yecla, and to the north Manchuela it is also somewhat in the shadow of DOs Alicante, Bullas, Utiel Requena and Valencia. Impressive neighbours indeed, but if the tasting I went to recently is anything to go by (and it must be as it was organised by the Consejo Regulador DO Almansa) then I don’t think they have too much to worry about.