Dear Sir,
The following story might be of interest to your readers.
Early 2015, we had moved houses after the sale of a property in Tottenham north London, we had taken our three cats with us Kitty, Tinkerbell and Casper, then one night Casper the black and white cat went out for a walk but Casper failed to return.
We trawled the streets, knocked on doors and printed posters which we placed in our new area and where we used to live. We also placed Casper on the microchip missing register and contacted Animal Search UK who place missing pets on their website with photographs and details.
We did receive emails from people who thought that they had spotted Casper but to no avail, every time we went out we travelled with cat treats just in case Casper was spotted, the days turned into weeks then months.
In May 2018, we finally made the big decision to move to Spain, we then drove over with Kitty and Tinkerbell apart from being robbed on the motorway just outside Barcelona (another story) the 24 hour journey was now 36+ hours we opened the door to our new home in Crevillente.
Still receiving emails from Pet Search, we never gave up hope of seeing Casper again. Every time we had a potential match we asked a family member to check it out, but every time No Casper, still hoping that he was safe and that some kind soul had given him refuge over the cold winter months and water to drink during the hot days of summer.
Moving forward to August 2018, the phone rang and then stopped I pressed recall and redialled the number the lady on the other side said “could you please call back as I am a little busy?” I stated that I was calling from Spain and that I had just had a missed call from this number, she then explained that she worked at Metro Vets in Tottenham and before her was a couple who had brought in a black and white tom cat, my excitement was rising and I said do the microchip numbers match, they did and Casper was found.
The couple who had found him said that they had noticed him over the last month or two and he was begging for food, they fed him. Apparently he enjoys samosas now, when it rained he was given shelter by the good people by way of a makeshift shelter built for him in their garden.
Now the hard work began how to reunite us with Casper? Firstly, we had family pick him up from the kind couple, we had to make sure he was fit and well so trip to the vets was booked.
Bearing in mind we are still in Spain, our daughter Sabrina took him to the vet who to give him an examination to see if he was fit and well to travel, he passed.
Then a passport was required, this takes up to six weeks to obtain after rabies injection, to ensure he does not pose a risk overseas.
We then had to find out how to get Casper to Spain, I called every airline that flew from the London area to ask if they allowed cats in the cabin as poor Casper was not a good traveller and hated being in a cage. We wanted to be able to console him on the journey, I got used to the word “No”.
Not giving up so easily we travelled to Alicante airport and asked each and every person on the desks about air travel with pets from the UK, “No” again was the retort.
Thank heavens for the internet we found one company called Blue Air who are willing to allow pets on board and in the cabin as long as they weigh less than 6 kilo (diet time for Casper).
Tickets booked and for just £157.29 two adults and one very precious cat was booked in, the only problem was that Blue Air fly from Liverpool and we are in London and our car was parked in Alicante, the train ticket was booked £45.00 no charge for the cat, Euston to Liverpool here we come.
Nice early flight to allow us to be home around midday to relieve the couple who are looking after our other two cats, oh and the other 12 stray cats who we now feed, only problem was the train to take us to Liverpool to catch the early flight does not exist, only option was to travel the day before.
New problem, hotel for the night that is close enough to airport and yes that allows pets namely Casper, internet again found one five minutes from airport Travel Lodge Liverpool Airport only £38.00 for the room but £20.00 extra for the cat. Room booked.
Was it worth it? Yes, we think so, Casper has been with the family since he was a kitten and to have him back means that our family is now complete!
He is now the owner of a nice long lead and a tracking device and he lives in the sun with a big garden, his two sisters and a swimming pool for the summer and as many trees as he can handle to climb up.
A big thank you to all involved especially to Blue Air, the only airline that we could find, pity that the London based airlines don’t do the same.
Would do it again YES !!!

Not impressed by ex-Tory MP comments 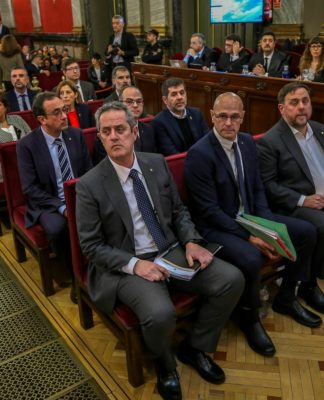 Separatists in the dock 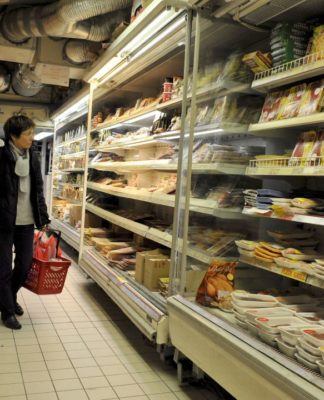 Choice of supermarket can save shoppers over €900 a year