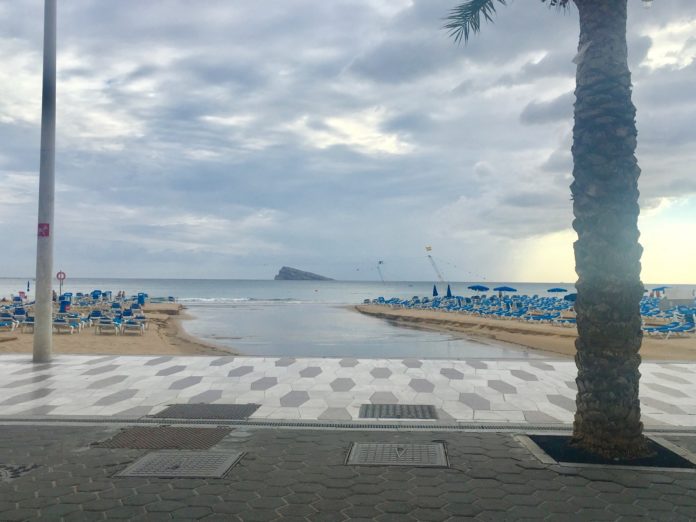 THE beach at the beautiful Javea cove of Cala Granadella was carved in half by raging flood water running off the hillside behind, carrying debris including wood and boulders.
On Tuesday afternoon the heavens opened over the Marina Alta town, meteorologists say between 60 litres and more than 80 litres of rain per square metre fell in four hours – two intense cloudbursts were recorded during the afternoon storms.
Streets and dry river beds were also flooded by torrential downpours in Altea, Albir and Benidorm (where a river mouth appeared on Levante beach – see photo)