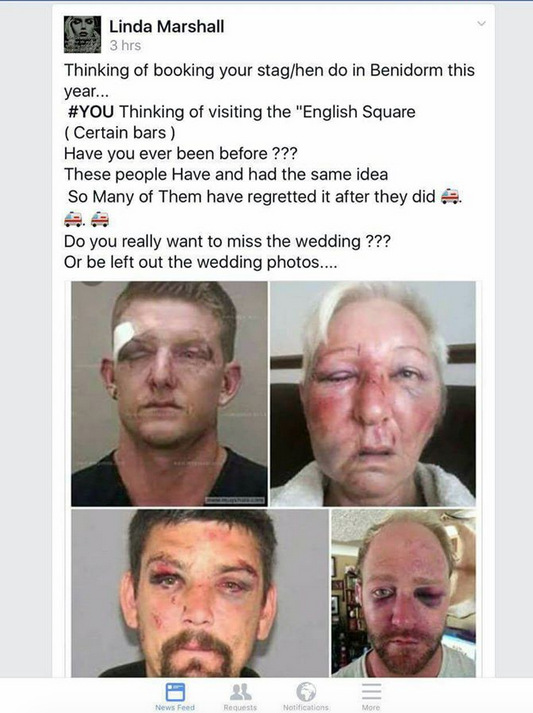 The term ‘fake news’ has had much prominence in the world media of late, with even President Trump attacking CNN for fabricating news stories. But now fake news has even touched closer to home, with a posting on social media about Benidorm.
Every popular holiday destination has its share of problems, with the mix of sun and cheap alcohol and Benidorm is no exception. But to actually post a totally fabricated story, with graphic images to try and support the story is dangerous and totally unacceptable.
The post showed the faces of three men and one woman, with badly bruised and beaten faces with the following caption “ Thinking of booking your stag/hen do in Benidorm this year.
On investigation the lady pictured had been beaten up by her ex and doused in lighter fuel after she refused his marriage proposal and another, a gentleman with a bandage over his eye had been attacked by a bouncer in Fort Lauderdale, Florida back in 2013 and fortunately arrested after the incident was recorded on a mobile and used as evidence!

Made up over medal 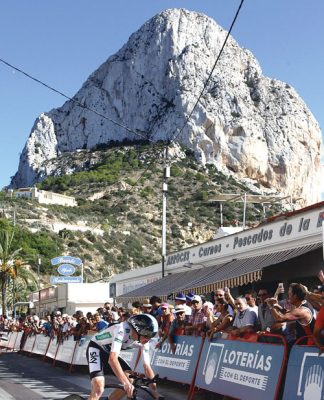