Home Costa Blanca North Letters to the editor But what on earth is happening to Orihuela Costa?

The ‘post pandemic’ version of Orihuela Costa these days shows an excellent level of occupation on its incomparable beaches, where residents and tourists alike enjoy the excellences of the tourist industry, accompanied by a pleasant weather.

In contrast to this pleasing picture, the residents are astonished and indignant to verify that, just when they thought they had seen everything their council could do wrong during seven years of stagnant PP-Ciudadanos government, the situation is seriously aggravated by the new PSOE-Ciudadanos government, as not only are the expectations generated in the last April’s motion of censure not being fulfilled, but also some basic services, such as rubbish collection, are reaching an unimaginable critical level of deficiencies.

The government that was formed on April 28 by PSOE and Ciudadanos, is certainly complying with Murphy’s law – ‘Anything that can go wrong will go wrong’. Let’s take a look…

If we make a brief review of the major actions that the coast has been demanding for many years, we find for instance, the widening of the bridge over the AP7, the construction of a cultural centre, the gradual implementation of the 2017 rainfall plan, the maintenance of all green areas and children’s areas, the local waste plan, the public expropriation and reopening of the Aguamarina promenade, and the renovation and maintenance of our roads (asphalting, pavements, road signs, etc.).

It does not seem feasible that any of these actions, so necessary for the coast, can be in operation before the end of this mandate in May 2023, and will be left pending for the next term of government.

The promoters of the motion of censure justified it with the inactivity of the previous government and publicly pledged to quickly approve the 2022 budget, putting an end to the mismanagement that has led to the failure to approve budgets since 2018. However, the mayoress recently reported in the media that they are already working on the 2023 budget, without giving a tentative date for approval and implementation of actions, which, obviously, will have very little time to be carried out.

This ‘hyperactivity’ of the new government team is supported by a network of ‘advisors’ (the quote marks are intentional) that practically equals the number and economic amount (approximately €725,000/year) of those existing in the previous government. In a private company, the profile of these advisors would be that of specialised professionals whose work improves the performance of an activity. Well, we have the impression that the profile of some of the advisors appointed by the mayoress does not even come close to meeting this objective, at least as far as professionalism is concerned.

On the other hand, the lack of budgets means that the management of the current government team has more ‘air time’ in the institutional and communication media, publicising actions of little or no importance, rather than informing residents of the reasons for the deficiencies they are suffering and implementing the necessary improvements.
We do not want culprits, nor resignations, nor excuses, nor lies. We simply want them to act transparently and start providing solutions.

While all this is going on, the locals and tourists who visit us cannot believe what is happening in their surroundings: some streets are real dumping grounds due to the deficiencies of the rubbish collection and street cleaning service, representing a danger to public health and hygiene; there are potholes in the middle of the road, more than a year old, visible in Google Maps; there is no patching of potholes due to a lack of tarmac; the vertical and horizontal road signs need to be completely renewed; there are real rivers in some areas when it rains; there are bushy jungles in some urbanisations due to a lack of clearing, unpruned palm trees, abandoned parks, etc.

There is no other municipality in our area with such a situation.

In order to solve these serious deficiencies, letters are sent through institutional channels with requests from neighbours, without even getting a reply in most cases.

Therefore, neighbours can only resort to ‘kicking and screaming’, giving vent to their dissatisfaction with the council on social networks, which are full of comments that should embarrass the members of the current government team. And also, why not say it, those who have governed us in previous years.

Faced with this unfortunate situation, which is undermining the morale of the residents of the coast, there is a lack of involvement in its solution by all groups and, especially, by representatives of the business sector (hotels, restaurants, etc).

Perhaps it has escaped their attention that, if this situation continues to worsen, their clientele may be affected and choose other destinations.

Ah, we forgot a ‘small’ detail – while all this is going on, there are €13 million left over from previous years in the bank, we don’t know if it is waiting for better prepared leaders than the ones we have at the moment.

Finally, we would like to warn that the elections of May 28, 2023 are just around the corner. And the current situation does not exactly invite a high participation of residents of the coast – especially foreigners, due to the lack of confidence in the electoral programmes, which have been repeatedly unfulfilled, and the municipal policies that they have been suffering for many years.

This accumulation of negative circumstances makes us publicly ask the highest representatives of the government team – Sra Gracia, mayoress of Orihuela and Sr. Aix, vice mayor: “But what the hell is going on in Orihuela Costa?” 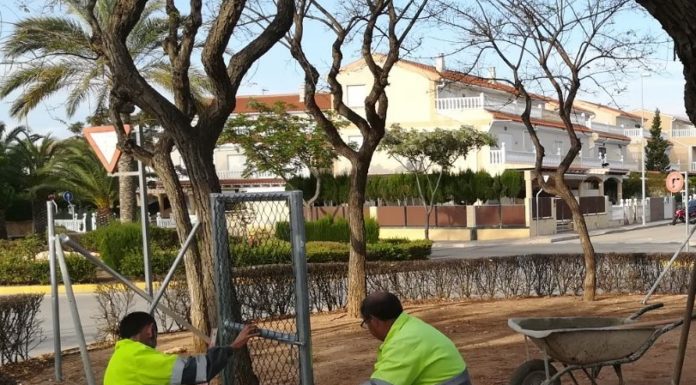 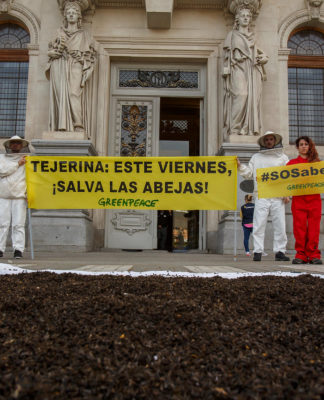 Save the bees bid 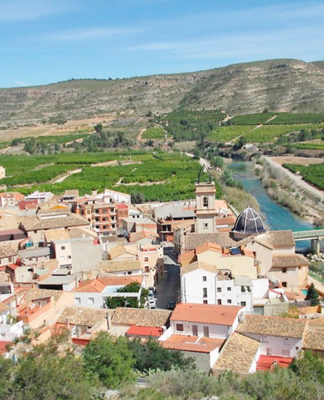