Email
April 3, 2019
As dawn broke on the morning of April 12, 2019, two Irish Air Corps Casa Maritime Patrol aircraft took off from Casement eerodrome near Dublin and headed due east.
Within the hour, they confirmed the news that shocked the World. The UK ‘Mainland’ had disappeared from the face of the Earth. England, Scotland and Wales, gone. Not a trace.
Only Northern Ireland, the Isle of Man and the Channel Islands remained in place. Just hours before the UK was due to crash out of the EU, Teresa May’s Plan C had, with divine intervention, well and truly worked. The UK had left Europe. Thankfully, there were no tsunamis or earth tremors, just some flotsam and jetsam floating down an enlarged Irish Sea.
Looking back, now we can clearly see the sequence of events.
Following failures in Parliament to agree a deal, and with no other option left on the table, the UK Prime Minister was under pressure to reveal her Plan C. However, as the media whipped itself into a frenzy, a subtle shift in language occurred.
Trendy journalists began to jazz up their commentaries, by referring to the UK leaving Europe, instead of the EU. It may just have been loose reporting at first, but then, in the hysteria of impending disaster, the British people began gradually to think the unthinkable.
Leaving Europe suddenly became more and more attractive than just leaving the EU. Why should they continue to endure the cold and wet climate of the North Atlantic? Why not join the estimated 2m UK ex-pats living happily in the sun?
Theresa May needed a miracle, plain and simple. Maybe, just maybe, God would intervene. As it happened, God was tracked down quickly. Strolling through Brussels with Irish Prime Minister Leo Varadkar and Bono, God was caught on the hop.
To get the Paddys off his back He readily agreed to Theresa May’s proposal.
On the evening of April 11, the entire UK population were advised to remain indoors. At midnight, Big Ben sounded, for the last time on European soil.
In the days that followed boatloads of British migrants turned up on the east coast of Ireland.
Seven days later the UK mysteriously reappeared, 100 miles south of Bermuda. All British TV and radio channels resumed broadcasting and a beaming Theresa May, in shirt sleeves and shorts, introduced her new, flower-garlanded, cabinet. Jacob Rees-Mogg, the Minister for dismantling EU- imposed regulations, announced the abolition of the EU straight banana.
Boris Johnson, Minister for Tourism and Light Entertainment, quipped “Here in Paradise Brexit we can have our cake and eat it”.
Back in Europe, talks began on a federal union of the Republic, NI and the Isle of Man, while the Channel Islands became the 102nd Department of France.
After a brief visit to Paradise Brexit, Queen Elisabeth and Prince Philip retired to Australia to live happily ever after.
Dorcha Lee

Property sales to Brits fall by 16% 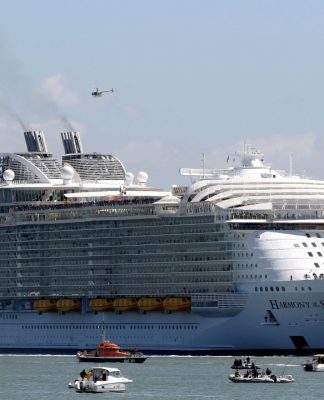