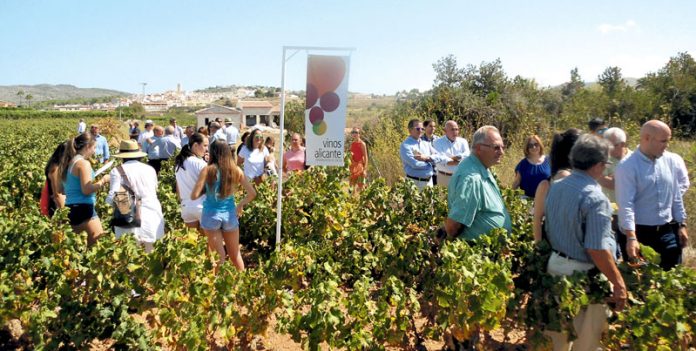 There is currently a move to try to have the Teulada and Benitachell municipalities declared as an official sub-zone of Denominación de Origen Alicante. This application is based on the singularity and indeed the continuous excellence of the much-loved Moscatel grape variety – ‘The pearl of Alicante’, as the mayor of Teulada admirably forcibly said at the recent celebration of the Moscatel Harvest 2016.
Judging by the number of politicians from Alicante city, as well as Teulada and Benitachell, and of course, the officials of DOP Alicante – and indeed the choice of venue, just a kilometre from Teulada town hall – it would seem that this approval is a forgone conclusion!