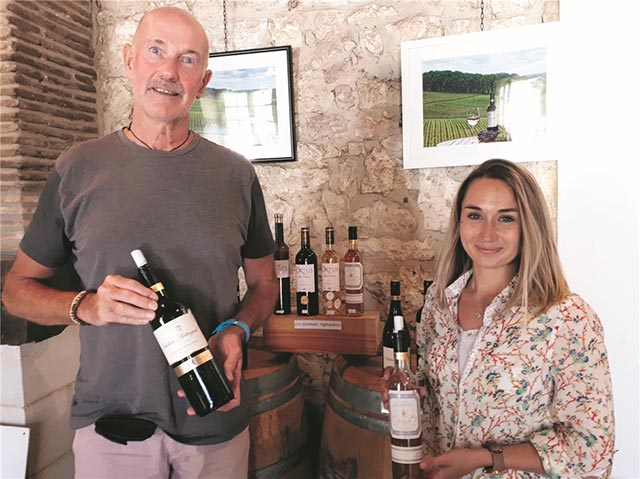 Readers who have visited Dordogne won’t need me to tell them of its beauty and charm, but those who have yet to make its acquaintance really should do something about it! We’ve just returned from four weeks in France, the first two in Charent, the last fortnight near Bergerac – and we are looking forward to our next visit!
There’s another reason too! Resting geographically in the shadow of their illustrious wine neighbours in Bordeaux, the wines of Bergerac are oft overlooked. They shouldn’t be, there is real quality there, and at reasonable prices too. Plus, many of the chateaux are architecturally stunning and steeped in history.
One such winery, Château Bélingard, picked randomly out of the internet hat, from a host of other châteaux, was all of the above – and more! (www.belingard.com/en)
The antique property, whose winery has, for the last who hundred years, been owned and run by the same family, also has a rather sinister history – told to us by our charming, knowledgeable guide, Anaïs. The grandfather of the current incumbent discovered a previously obscured ancient rough-hewn stone seat, following the felling of a huge tree by a lightning strike.
Expert archaeologists were called in and determined that the small but imposing crude seat was Celtic, from the 5th Century, used by druids for human sacrifice! I won’t go into details, suffice to say that we needed a drink afterwards! And, of course, we were in the right place!
Château Bélingard (the name is derived from Celtic) is set in beautiful grounds, which we briefly toured, looking also, of course, at the installations where the wine is made. 60% of the annual produce is exported, with the remainder being sold in France, mostly locally, including to a long list of restaurants and hotels. NB you can buy online!