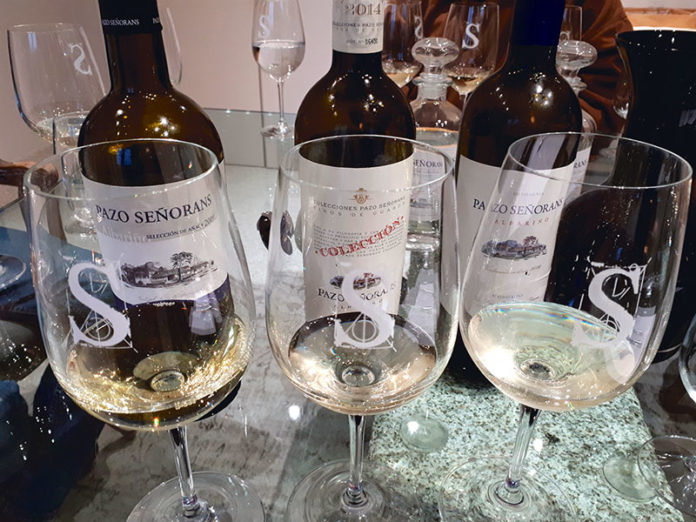 The small portfolio – just three wines – of Pazo de Señorans consistently earns over 90 points (out of 100) in whichever Spanish (and international) wine guide you may peruse. The most reliable of the Spanish guides, Guía Proensa 2018 awards 97 points to their spectacular Pazo de Señoráns Selección de Añada; the comprehensive Guía Peñín 2017, 98 points, to this, their flagship offering! No wonder that I’ve been saying, ever since I tasted it several years ago, this is one of the finest, what, half dozen, white wines of Spain!
A once grand, 16th Century countryseat, the property was acquired by the family, in whose hands it remains to this day. Over a period of time the building was returned to its former glory and is now a fine example of housing for the gentry of that epoch. In the 70s considerable refurbishment occurred with a view to making fine quality wine with as little human intervention as possible.

*Colin Harkness is a National and International Wine Judge. A member of the Circle of Wine Writers, Colin has been writing, and broadcasting, about Spanish wines for 21 years.