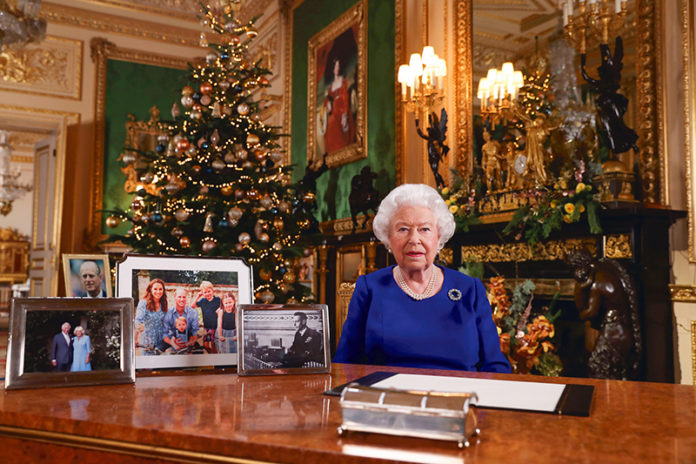 THE Queen acknowledged the ‘bumpy’ path the royal family and the nation has experienced over the past 12 months in her Christmas Day message.
During 2019, the Duke of Edinburgh was involved in a dramatic car accident, the Duke and Duchess of Sussex spoke about their struggles living in the public eye and the Duke of York gave a disastrous television interview about his friendship with a convicted sex offender.
The toxic mood of the public debate around Brexit has continued throughout the past 12 months, with the issue bitterly dividing the country and parliament, leading to uncertainty.
But the Queen commented on how ‘small steps taken in faith and in hope’ can be significant, and ultimately break down ‘long-held differences’.