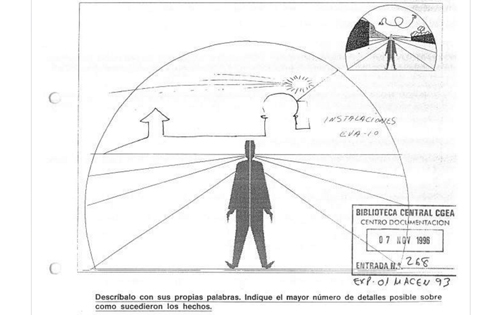 REPORTS of unexplained flying objects sighted in the skies over Spain are included in a raft of 80 declassified documents which the Defence Ministry last week added to its on-line document library. They cover incidents beginning in Murcia in 1962 and ending in Sevilla in 1995.

A typical report comes from Ferrol in Galicia and is dated April 2, 1966. A prison guard and two sailors said they had seen “a bulky object in the sky with opaque light that changes shape approximately every five minutes”. In Madrid on December 1, 1968, two witnesses reported “a very bright object, with changes in light intensity”.