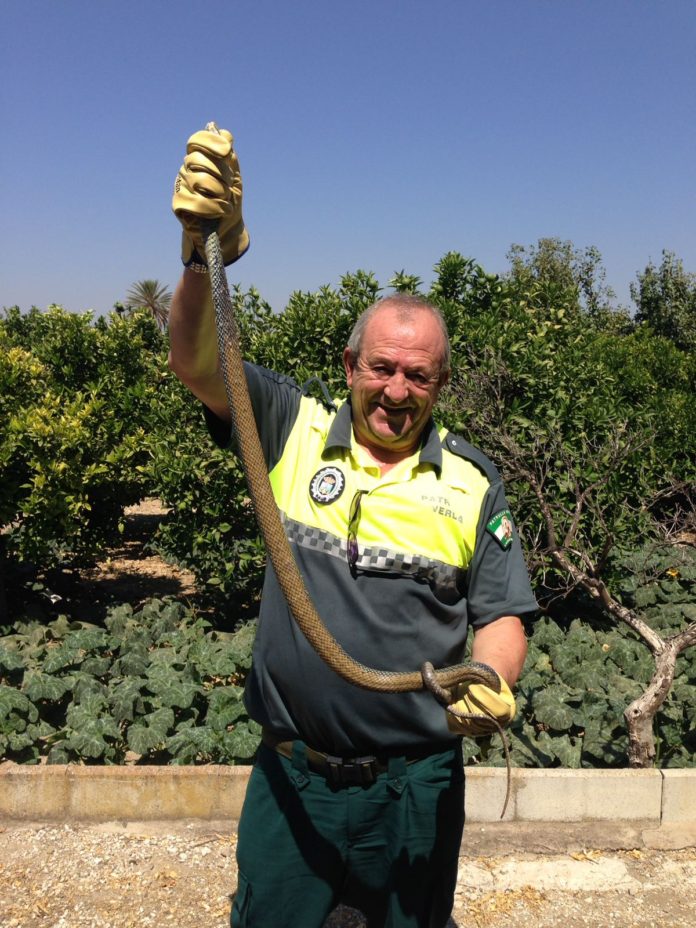 LOCAL police in Alhaurín de la Torre were called after a resident reported finding a snake which had become tangled in a thin plastic mesh used to protect seedlings. It was identified as a Montpelier snake which is mildly venomous and common throughout the Mediterranean.

An officer and the resident worked together to release the creature which was returned to the wild unharmed.