This long-distance walk starts and finishes in Torla – an attractive village/town in Huesca province which is the gateway to the Ordesa canyon and the Ordesa y Monte Perdido national park (highest level of protection in Spain).

This first stage can also form the basis of a day walk from Torla, with unbeatable views of the Ordesa canyon and Monte Perdido (the lost mountain).

Most people choose to see Ordesa from the valley floor, using the GR-11 footpath which follows the Arazas river. This route is best avoided in peak season due to the multitude who can be found dragging themselves along the track to Cola de Caballo waterfall at the end. 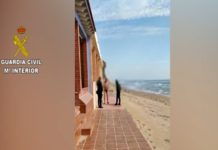 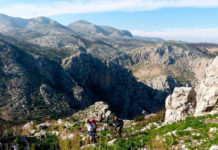 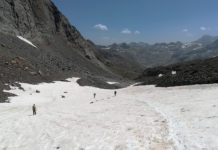