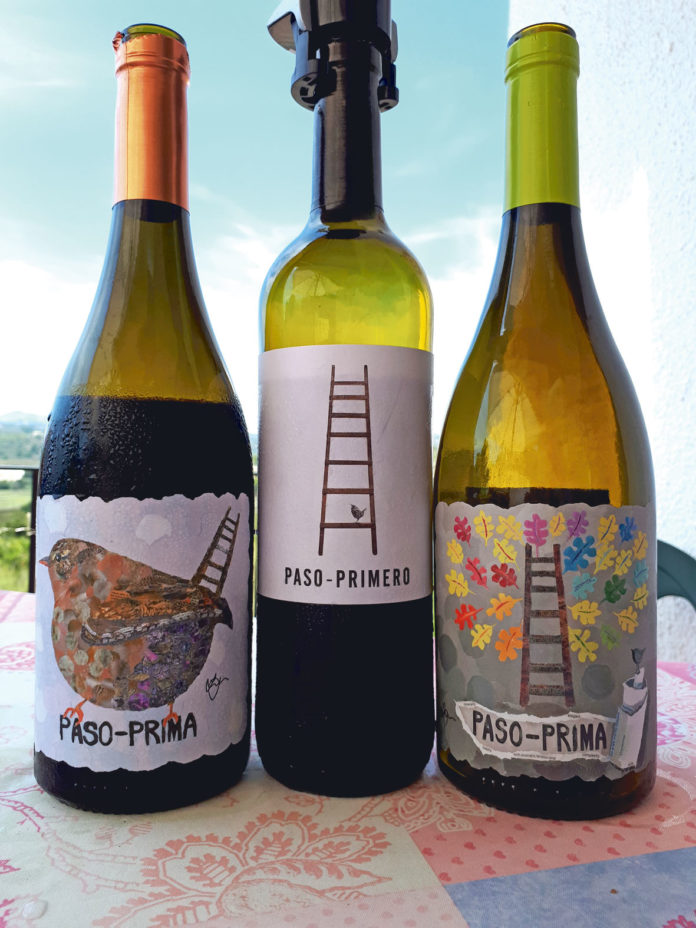 A wren, as a matter of fact! The rather cute emblem of Bodegas Paso-Primero which features on their labels giving a visual clue as to how the name was derived, as well as a sizable hint as the laudable philosophy of this new winery DO Somontano, in the foothills of the Pyrenees.

Let’s deal with the name first. Paso Primero translates to First Step, indeed the label of their first wines makes this clear as our friend the wren is on the bottom rung of a ladder, looking upwards. Why? Read on!

For me it’s refreshing to hear a British twist on a Spanish winemaking story that I’ve mentioned several times in Cork Talk. I’m not alone in saying that the Spanish wine scene is one of the most dynamic in the  world – Sara Jane Evans MW writes the same thing in her book, ‘The Wines of Northern Spain’, my review archived here (https://www.colinharknessonwine.com/?s=sarah+jane+evans).

There are many young Spanish winemakers, who, with one foot in the traditional winemaking of generations of their family, have stepped with the other, firstly though the doors of higher education at dedicated wine making colleges and/or have taken university degrees in Oenology; and thence into the winemaking of other countries, sometimes including journeying to the southern hemisphere too.