Home British Scene The sound of silence from Karen Brady 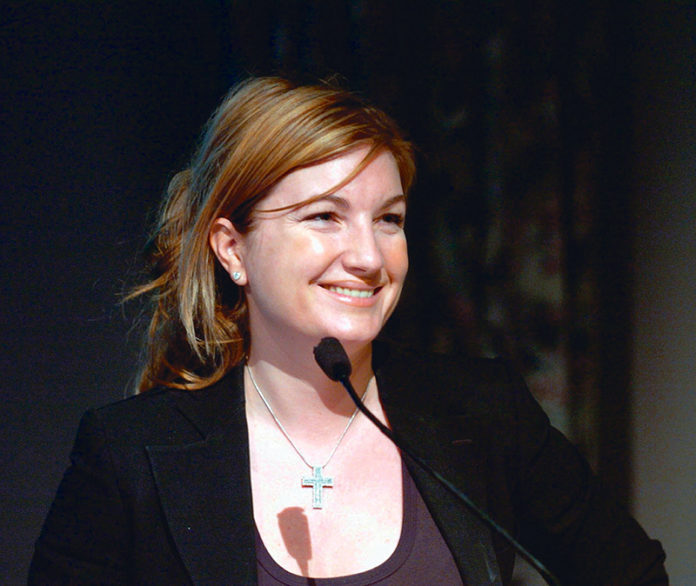 Karen Brady has a lot of questions to answer but is so far keeping schtum. The sporting executive and member of the House of Lords has previously been a vocal critic of men facing allegations of sexual harassment, such as the actor Kevin Spacey and former defence secretary Michael Fallon. Yet when it comes to Sir Philip Green who faces a slew of allegations of unlawful behaviour and sexual harassment she has said nothing. Brady has just quit as chair of Green’s retail empire, a post she held for two years and faces calls to come clean about what she knew and when.
Sir Philip denies all the allegations yet just like many completely blameless and innocent men has forked out substantial sums to accusers. This is head-scratching stuff. If you’ve done nothing wrong why give away a vast chunk of money?
There’s something else that doesn’t add up this story. Brady, who is a campaigner for “strong female leadership” decided to resign her position as the head of Taveta Investments, which owns the Green family empire because of the pressure to speak out against Green. If he’s done nothing wrong there’s nothing to speak out against. So why resign? Instead, she should be speaking up for him, defending the billionaire. But no, none of that either.
Among the questions she must answer is what she knew of non-disclosure agreements that forbid Green’s alleged victims from speaking out less they face legal action. For all her previous strong words and public shaming of powerful men accused of sexual harassment has she actually been complicit in allowing a culture of abuse to exist?