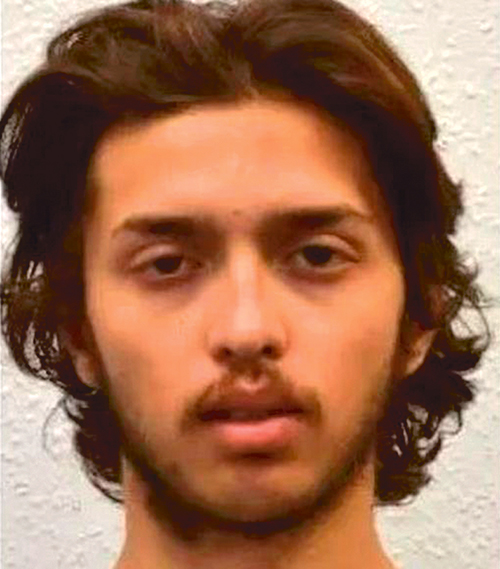 The father of the Streatham terror attacker has said he never thought his son ‘would go this far’ and he did not know he had become radicalised.
Faraz Khan said Sudesh Amman was reciting the Koran when they last spoke, a day before the attack.
The 20-year-old was shot dead by police on Sunday after grabbing a knife from a shop and attacking two bystanders in Streatham High Road, south London. A third person was injured by flying glass during the gunfire.
He had been jailed for possessing and distributing terrorist documents in December 2018 but was freed automatically halfway through his sentence less than a fortnight ago.