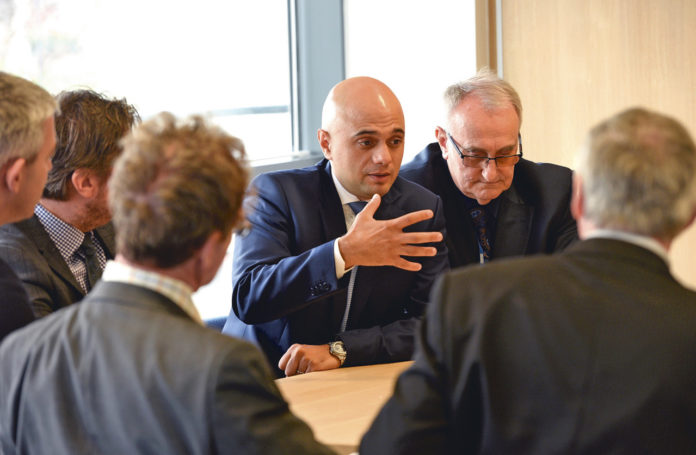 The home secretary Sajid Javid has shown appalling lack of judgment by using a dog whistle tactic straight out of the far right’s playbook. He called a convicted sexual grooming gang from Huddersfield ‘sick Asian paedophiles’ thereby racializing a crime and potentially doing immense damage to community relations.
That the men are Asian is a fact. That their crimes were sick is also a fact. But was their ethnicity the cause of their crimes? No. The causes that lie at the root of their criminality are most likely to be complex. Implying culture is the driving factor is plain wrong. What Javid has done is attribute the crime to a specific race. He would not say ‘sick Jewish paedophiles’ or ‘sick black paedophiles’ yet such horrific crimes are committed by people from all backgrounds. Hey, even priests have been getting in on the act.
What his incendiary and dangerous rhetoric has done is play right into the hands of people like Tommy Robinson (who last week admitted to spreading fake news about Muslims) and his mob of knuckle-draggers who specifically target Asian people. Because they don’t really engage what few brain cells nature has endowed them with, Javid’s words will embolden them as they continue to tarnish an entire group of people with the same brush. Yet, Asian people are just as horrified at the crimes committed by grooming gangs in Rotherham, Huddersfield and Rochdale.
Fully aware of the ill-treatment of minorities Javid should’ve been more sensitive and taken greater care with his words. That he is of Pakistani descent makes his statement even worse. He could’ve just condemned the group and their crimes and left it at that. So why did he mention their ethnicity? The answer is quite simple. He was scaremongering and is more interested in pandering to a particular audience to garner votes than he is about the cause of justice. His inflammatory words were terrifying and have increased the risk of violence against minorities across the country.