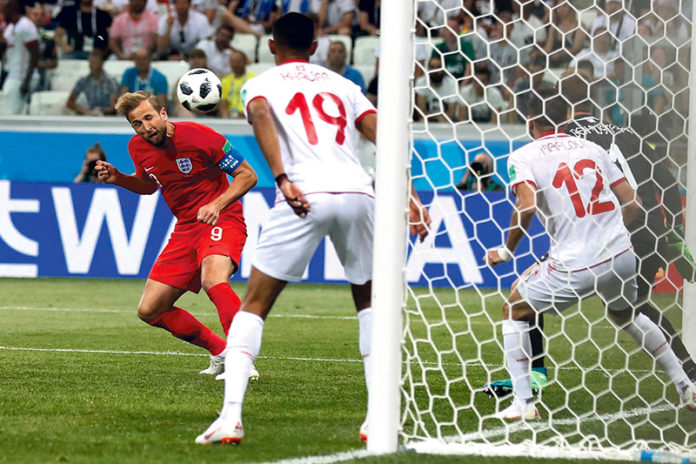 For a minnows team, England has done well to get to the World Cup. They are playing on a big stage now but decades of underachievement has left me immune to all the hype and hysteria about just one victory. Seeing them participate in internationals is rather like watching a non-league side playing a premiership team. They’ve got talent and guts for sure but in many matches, they’re up against much better opposition.
The first 20 minutes against Tunisia were exciting but they missed lots of chances and only won because Kane came good (again) in the dying moments of the game. Having said that they were not only battling the Tunisians but also, I suspect, Putin and his dark arts. What other reason can there be for the referee, the assistant referees and the technicians in the VAR room missing Kane being wrestled to the ground twice?
Ultimately, I don’t think we’ll get very far in the competition. We may just scrape out of the group stages but that’ll be it. The team will soon be on the plane home. I really do hope I’m wrong in this assessment but I doubt it. If I am, I will gladly eat my words with a pinch of salt and a side of fava beans.