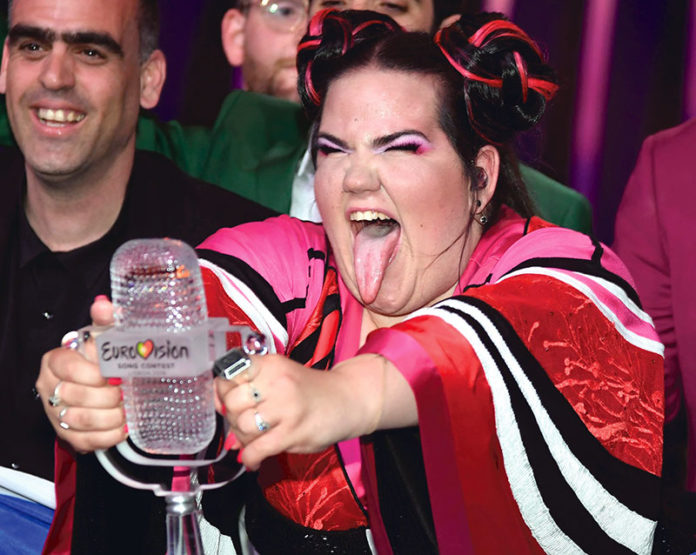 Why are we still bothering to enter the Eurovision Song Contest? This camp carnival of kitsch and cheesy pop songs once again turned political with countries voting for their neighbours and allies and ignoring us. But anti-UK sentiment isn’t the only reason we continually bomb and should now turn our backs on the annual spectacle.
Despite being the country that spawned the Beatles, Queen, Muse, Marc Bolan, Adele, the Rolling Stones and many other great talents we are just not good enough to win. We continue to field bland songs with weak melodies that have about as much emotional pull as a beige suit. This year’s effort ‘Storm’ was another terrible submission in a long line of instantly forgettable pap. It was well sung by a good singer but she might as well have had the mic turned off for all the impact it made.
And as a measure of just how unpopular we are, we couldn’t even get a pile of sympathy votes because of the stage invasion. So stopping is the right and only thing to do and one form of Brexit I can easily get my head around. Now I’m off to take my sour grapes somewhere else.