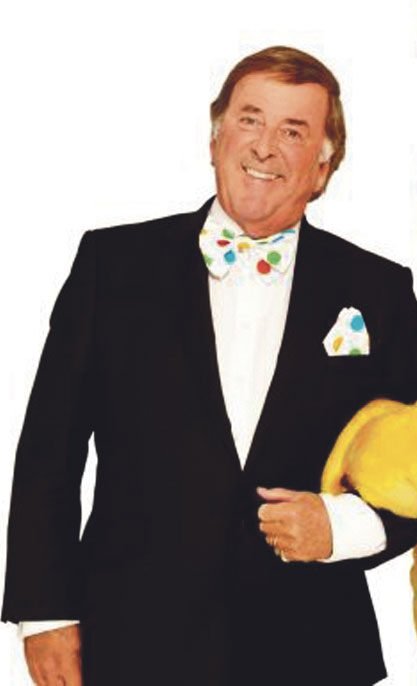 Sir Terry Wogan, a very private public figure, sadly passed away this week, aged 77 years.
He came from the Emerald Isle, complete with his soft Irish lilt, jovial character and self-effacing nature. He revolutionised radio presenting and, in many ways, television presenting as well.
Born in Limerick, Northern Ireland on August 3, 1938, his career started on RTE (Radio Teilifis Eireann) as a newsreader and announcer. He moved into light entertainment after about two years as a disc jockey and host of TV quiz and variety shows such as ‘Jackpot’.
He started his relationship with the BBC in 1966, with the ‘Late Night Show’ on Radio 1. After covering Jimmy Young’s mid-morning show for most of 1969, he was offered the 15.00 – 17.00 slot.
In 1972, he took over the ‘Breakfast Show’ from John Dunn and after a short time he regularly had audiences of over seven million listeners.
At almost the same time, Sir Terry ventured into British television, with ITV and his show ‘Lunchtime with Wogan’.
He moved to BBC Television and in 1980 hosted a show called ‘What’s on Wogan’, then he was given the opportunity to host a one-off show, ‘Saturday Live’.
Soon after he was given his own show simply entitled ‘Wogan’; this started life as a midweek chat show, but was soon moved to the prestigious Saturday night slot.
It did not stop there, and soon the show was amplified to a thrice-weekly evening show – practically unheard of before.
Throughout Sir Terry’s career with the BBC he was always in demand, hosting such shows as the ‘Eurovision Song Contest’, where he let his views be known on what he thought of how the competition had changed over the years.
His unique style held well for the TV series ‘Blankety Blank’, but his real love was ‘Children in Need’, which he ran from 1980-2014. Sir Terry often commented that if he did nothing else but ‘Children in Need’ he was content. This he put his heart and soul into. Do not be misled into believing that he did not give 100% to everything he did, but ‘Children in Need’ was particularly special to Sir Terry Wogan.