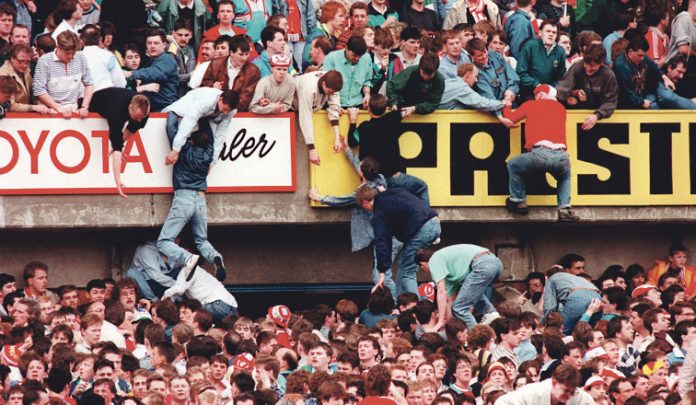 So what happens now? After the longest inquest in British legal history, we now know for sure that the 96 Hillsborough fans were unlawfully killed by police errors and that Chief Supt David Duckenfield was responsible for manslaughter by gross negligence.
Now, it is time for him and others to pay for their incompetence, the cover-up to hide South Yorkshire police’s culpability and the lies spread about Liverpool fans being the cause of the UK’s worst ever sporting tragedy.
After the jury returned its verdicts Chief Constable David Crompton said the police “unequivocally” accept the findings and that officers on the day got it “catastrophically wrong”. You don’t say, Sherlock. I found his response sickening. What he neglected to mention was that the force was rotten to the core.
If the police had come clean all those years ago, or indeed at any time during the intervening years there would’ve been no need for the inquest. Instead they tried to shift blame through lies and smears which continued right up until the present day. No amount of post-inquest handwringing can disguise that.
We are told that two criminal investigations into the disaster are taking place. I hope they are swiftly concluded and that we will soon see a number of individuals in the dock. It appears that Duckenfield may be the guy to take the fall, but he’s not the only one who should be arrested.
The inquest’s verdict was a damning indictment of a British police force, but only when all of those involved have been punished for their ineptitude and corruption will justice to the victims and their families truly be done.