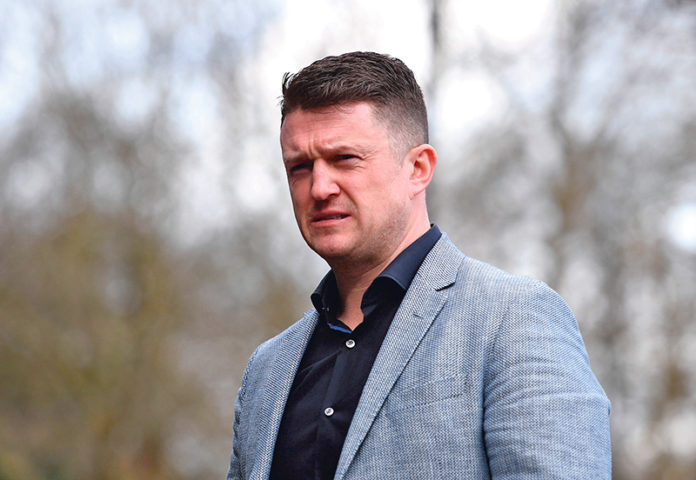 FORMER English Defence League leader Tommy Robinson has failed in his bid to get elected to the European Parliament.
Mr Robinson, whose real name is Stephen Yaxley-Lennon, came in eighth place in the North West England region with 38,908 votes.
The far-right activist is a political adviser to the current Ukip leader Gerrard Batten.
Journalist Rachel Johnson, whose brother Boris – the former Foreign Secretary – is running to be Conservative Party leader, did not get elected as a Change UK candidate.