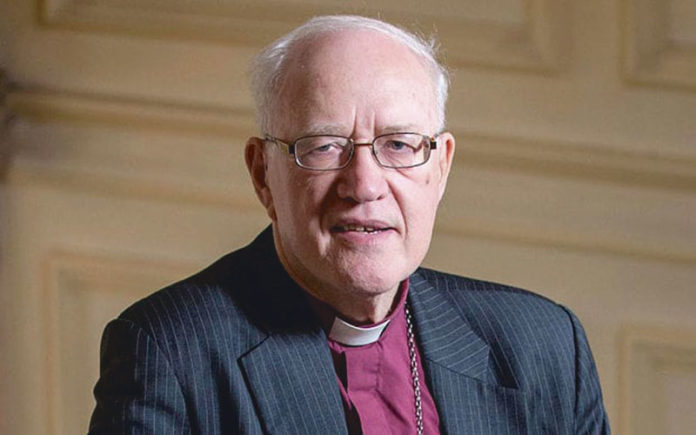 On the subject of whingers, the former archbishop of Canterbury George Carey has been bleating pitifully to friends in a Christmas letter about his successor, Justin Welby. He wrote that Welby was “quite unjust” in demanding his resignation from an honorary position because of his involvement in a historical child sex abuse scandal. Hmmm. Let’s just have a recap of what that role was.
According to an independent review of the Church of England’s handling of abuse carried out by Bishop Peter Ball, Carey was criticised for failing to pass information about the perverted cleric to the police. He also chose not to put serial offender Ball on the church’s blacklist of clergymen about whom questions have been raised of their suitability for ministry. In these actions, Carey thought more about the church than he did for the victims and it was only right that he was forced to step down from his position as honorary assistant bishop in Oxford.
He may well be truly sorry for his shoddy and shocking handling of Ball’s case but contrition and asking God, friends, family and whoever for forgiveness are not enough. You can’t just say sorry, utter a few prayers and be done with it. There have to be consequences which means punishment, and Carey has received very little. If you ask me, he’s gotten off very lightly indeed.