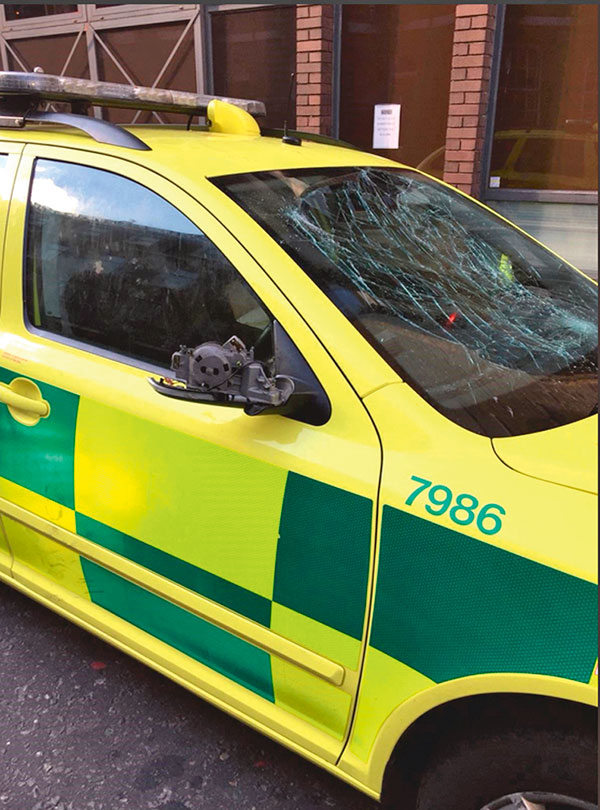 So while England was destroying Sweden on the pitch some prize plonkers were doing their level best to wreck an ambulance car in London’s Borough Market. As I write this the police are still searching for most of the culprits by scanning social media sites and photographs taken by members of the public. Hopefully, when they’re caught they’ll be arrested, charged, sent for trial and thrown in the slammer for at least a couple of weeks.
Yes, it was an incredible result and wild jubilations in public places were understandable but we are only talking about some millionaires getting two more goals than some other millionaires. It’s not like a cure for cancer has been discovered but even that couldn’t excuse such loutish behaviour.
It doesn’t matter whether the fans were high on drink, drugs or the excitement of our team’s sterling performance vandalism shouldn’t be tolerated. As a result of their actions, an ambulance has to come out of service for a short period to be repaired, a situation that could lead to delays when someone calls 999. Those who damaged the car must be punished severely as a deterrent to stop other ejits from doing something similar.
The story does at least have a happy ending, although it’ll be a happier one when the hooligans are banged up. Millwall supporters set up a crowdfunding page to raise for £5,000 for repairs and had received double that amount within 24 hours.