DRIVERS in several towns of Málaga province are facing tighter speed controls with the launch of new in-town radar patrolling.

In Alhaurín de la Torre the local police have acquired their own mobile radar unit that officials say is aimed at slowing down traffic and improving safety. Officers are currently being trained on the use of the device, which will be rolled out on “roads that register a high incidence of speeding, as well as around schools, parks and other areas frequented by children,” said the town hall. 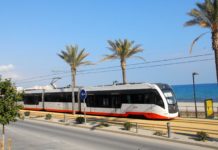