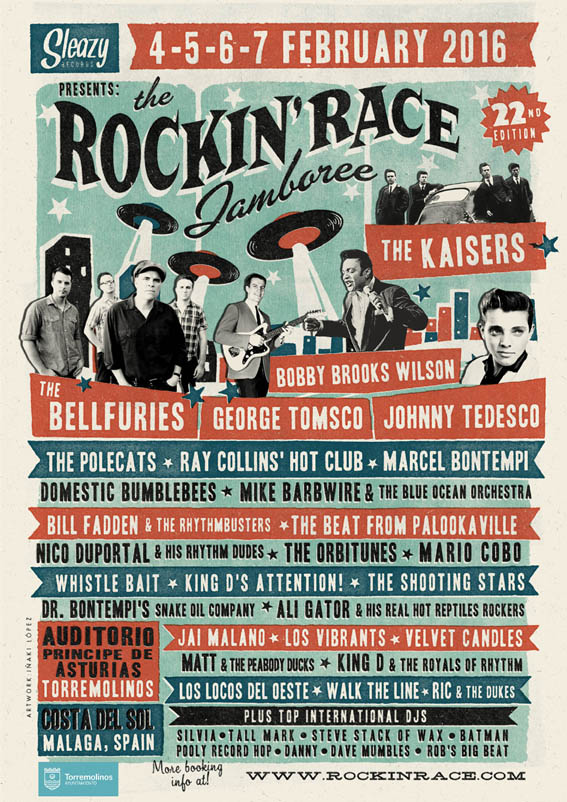 TORREMOLINOS is gearing up for its annual old-time rock & roll and rockabilly fest, the Rockin’ Race Jamboree, which this year is moving into a new venue, the town’s Principe de Asturias municipal auditorium.

The event, now in its 22nd year, was previously held at the Palacio de Congresos conference centre and the Apartamentos Buensol. Organisers say the new venue is both bigger and better.

The festival, which runs from February 4 to 7, includes headliners The Bellfuries, from Austin Texas; George Tomsco, one of the founding members of the 50s and 60s instrumental rock & roll band The Fireballs; popular 1990s Scottish beat band The Kaisers; Argentina’s famed 60s rock & roller Johnny Tedesco; and American Bobby Brooks Wilson, who performs songs made famous by his father, legendary 50s and 60s rhythm and blues and rock & roll singer Jackie Wilson, and contemporaries.