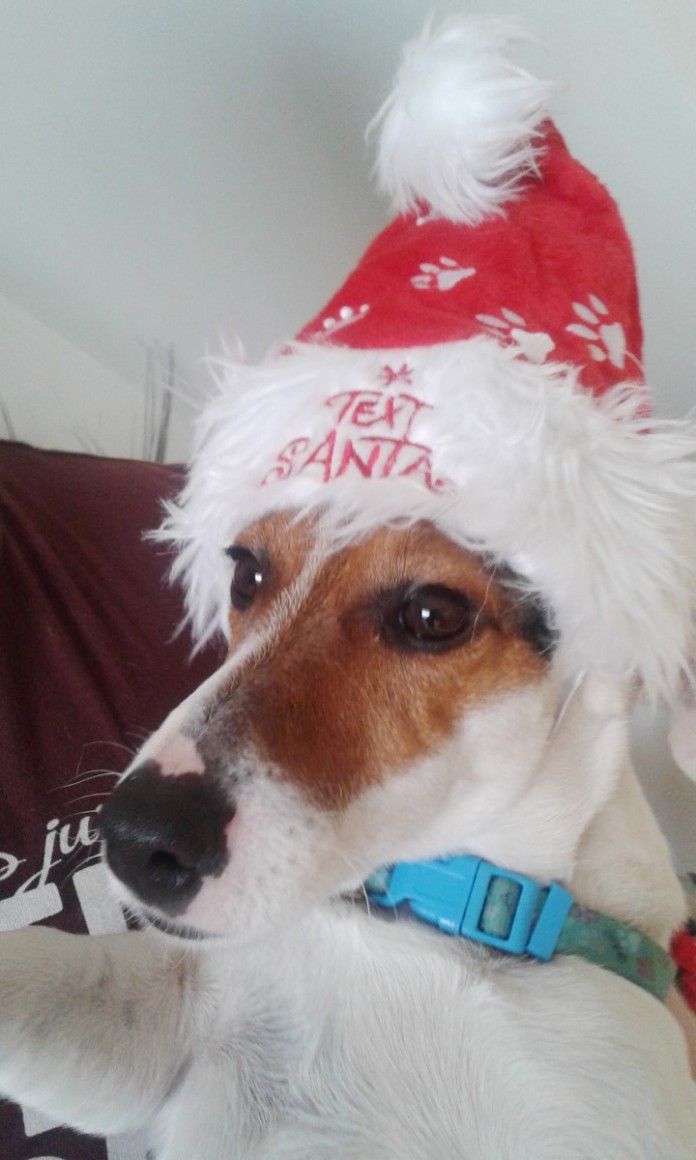 AN abandoned dog, found on the side of the road after being hit by a car, has been given a new lease of life in time for Christmas.

The poor pup was found by Kristin de Voss of The Computer Centre in La Cala, who christened him Milo. Kristin said: “We were on our way home to Alhaurín one night, when we saw him lying down on a bend in the road. It was dark, and we went back to get him.”

Milo, who wasn’t chipped and didn’t have a collar, was taken to a local vet’s, where he stayed for two days while he was checked for internal injuries following his car accident. Once he had the vet’s thumbs-up, Kristin’s daughter Emma then took Milo in for what was meant to be a few days, but ended up being a month, as the search for a home for Milo continued.