First of all we would like to express our gratitude to all those who actively participated in extinguishing the fires and in providing safety, care and protection for local people; The consortium of fire-fighters, the telephone service 112, aerial fire-fighting teams, the local police, the civil protection teams- to all of them we give huge THANKS.
This said, the regional and state regulations, through the forest laws, state that preventative measures must be taken in order to prevent forest fires (Royal Decree 893/2013 the 15 November, the basic guideline of planning for emergency civil protection adopted for use against forest fires.) (DECREE 58/2013, of 3 May, of the Consell, by which Territorial Forest Plan of Action of Valencia is approved. [2013/4617.)
Ignorance of the rules has probably prevented the studying of the tragedy which happened in our town with a sufficiently critical eye. The seriousness of this situation is that there has been a total abandonment of the measures necessary to prevent fires when action plans that prevent forest fires are legally required to be undertaken locally; such as action plans for the local area and its surroundings: the self-protection plan against the risk of fires- a plan that is mandatory; efforts towards prevention, means of extinguishing fires and an evacuation plan.
It is an obligation for owners of public or private buildings; in our case nothing has been done for private owners of fincas in wooded areas or urbanisations which are not yet fully completed, but the most serious is that nothing has been done regarding public land – public mountain areas and completed developments with public roads that border woodland.
We do not know why they have not carried out prevention work in public / private forest areas as these are in full view of everyone, but we wonder if, as the legislation requires, they have plans for the self-protection of citizens; an evacuation plan; the clear definition of escape routes, an organisation procedure for the necessary operations, and a way to inform and make the residents aware who live in urban wooded areas.
(Within this information, in plans studied from other municipalities, owners are informed about the dangers of untreated wooden or heather pergolas, about the dangers of the state of vegetation growing in their gardens should a fire be deliberately started by arsonists.)
We ask ourselves; how can they not have done anything and just turned the page?
The worst of all this, besides endangering the lives of residents and those of the fire-fighters, through pure recklessness, is not being aware of all the risk factors published in the Generalitat of Valenciana Special Plan for forest fires- the plan devotes an entire chapter to risk analysis and to cataloguing the mapping of the areas of maximum risk.- It takes into account factors such as; orography –areas with difficulty of access – we fit into this category, climatology – we are in a period of severe drought, vegetation – Jávea is classified as having one of the densest mass of forest-up to 70% of the municipality is forest and finally the human factor.- In a town where the economy is based mainly on tourism, such as ours, we also fit the criteria.
Further still, the plan is accompanied by a chart mapping wildfire risk and classifies us as being at extreme risk. The plan is also accompanied by a chart mapping the firewalls necessary to conform to the plan (with the dimensions required by the law)
There are none in XABIA.
Since the fire on La Plana in September 2014, they have not requested any assistance or subsidy from the provincial government for fire prevention, they have not submitted the need to fulfil its responsibility in writing to the government, no fire plan has been drawn up plan and the developers of urban land have not been required to do so – there is no self-protection plan for forested areas as required by law; NOTHING.
And to finalize, the ‘decreto de ayudas’ – the aid offered to those who have suffered as a result of the fires. In our view is ridiculous –we are confident that most people have home insurances – but this does depend on the municipality, I do not know what measures were taken at a local level regarding those affected, but they had fulfil four criteria to have a minimum of help. It seems that Amjasa has been able to offer people some credit, I wonder, has the council found a way to give a reduction of IBI to those affected?
After reading all the regulations on fire prevention, we are now aware of the extreme danger our municipality is in, but, what is the municipal government response to all this? Nothing! Yes nothing has been done. 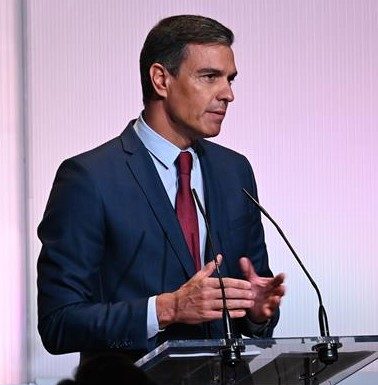 Rubbish on the beach 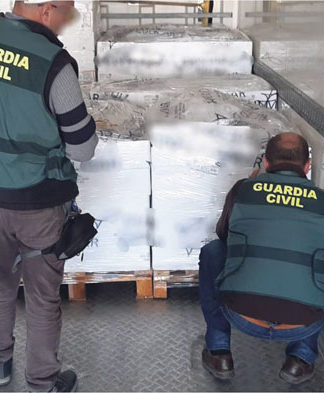