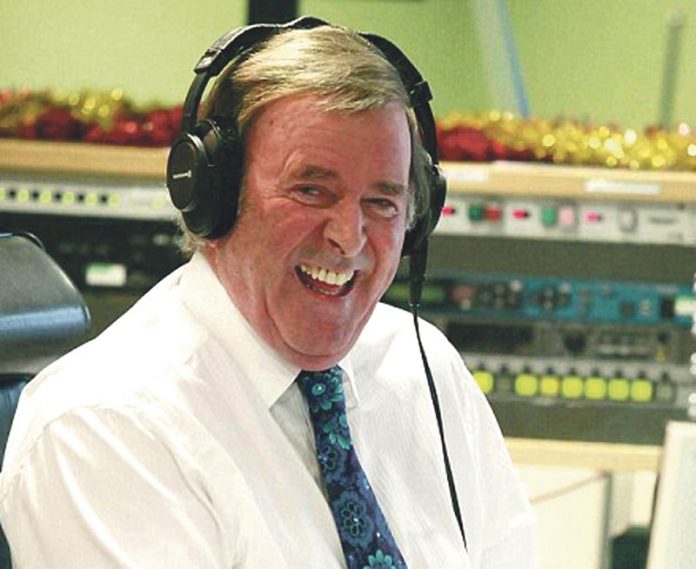 You can turn as many sacred cows as you like into corned beef hash, but when it comes to criticising the late great Sir Terry Wogan, put a sock in it.
Christer Bjorkman, the Swedish producer of this year’s Eurovision Song Contest has laid into the Togmeister accusing him of “totally spoiling” the competition by mocking acts with his commentary. According to Bjorkman – who also produced the contest in 2013 – Wogan is to blame for our belief that the annual non-music fest is kitsch and irrelevant.
Yet, when you look at the roster of some of the past acts, it is difficult to view Eurovision as anything other than kitsch and irrelevant. I am thinking of such performers as Serduchka, a drag character created by a Ukrainian comedian, Ireland’s risible Dustin the Turkey puppet and Russia’s baking grannies. These ageing chanteuses baked live on stage while dancing like corpses that had been reanimated by millions of juicy volts of electricity. They sang goodness knows what so dreadfully that it was way beyond parody.
Eurovision is camper than Dale Winton and Larry Grayson at a Judy Garland convention, and full of horrible songs and terrible costumes. Wogan did a superlative job of pointing out its utter ridiculousness, and is the reason why many watched the annual spectacle.
If Bjorkman wants the contest to be taken seriously, he should start taking a closer look at the performers and stop shooting the messenger several weeks after he passed away.