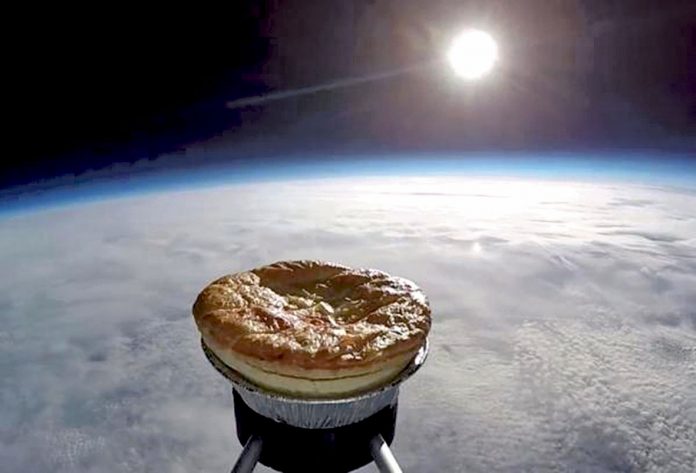 I am always willing to pop in my monocle, put on my bright green flares and make a respectful salute to British eccentricity. I was doing exactly that last week when a group of space enthusiasts launched a meat and potato pie into space. This giant leap for pie kind may well have been a publicity stunt to draw attention to the World Pie Eating Championship, but it was just the sort of madcap silliness that the Brit Scene loves and wishes it had thought of.
The crusty parcel of tasty goodness had a meat-eoric rise attached to a weather balloon. An onboard camera beamed back images as it rose 29 miles above the surface of the Earth. It stayed there for a couple of hours before coming back down to terra firma.
The pioneering pastry’s odyssey ended in a field about 38 miles from the launch site. Although it survived the journey to the pie-nal frontier it didn’t make it to what is officially regarded as space. Therefore, I think the team behind the stunt owe it to science to try again.