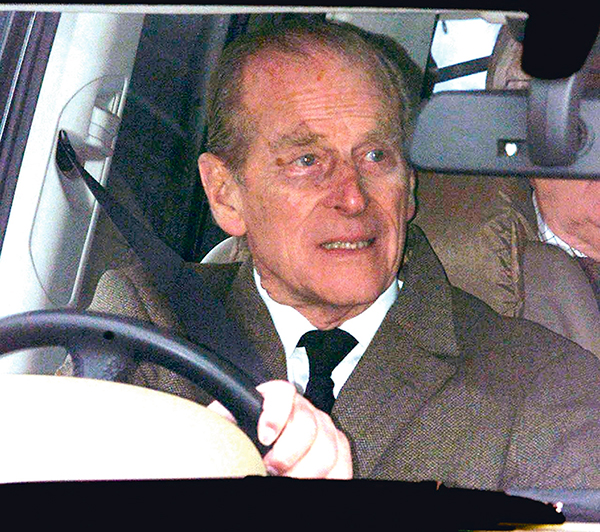 Why didn’t Prince Philip reach out to the other people involved in the car crash in which his vehicle flipped on its side? Is it because he’s a rude old duffer, an arrogant royal or in shock after the collision? Well, seeing as the Duke of Hazard was later spotted behind the wheel of another Range Rover we can rule out any type of post-traumatic stress disorder. Here, his insensitivity and total indifference to the feelings of those he probably deems beneath him was evidenced by the fact he wasn’t wearing a seat belt – a shocking lapse of judgement.
The punishment for not wearing a seatbelt is a fixed penalty charge of £100 or if prosecuted a fine of up to £500. Yet embarrassingly, servile coppers meekly sought just to advise him to wear one. I’m guessing if that was you or I we would have been treated very differently. Perhaps the police should’ve advised him to quit driving, what with him being nearly 100 and all.
There has been such an outcry against one of the world’s most celebrated unveilers of ceremonial plaques that I have started to wonder if this could mark the end of royal sycophancy, of bowing and scraping to the Windsor family. Probably not, but a boy can hope.