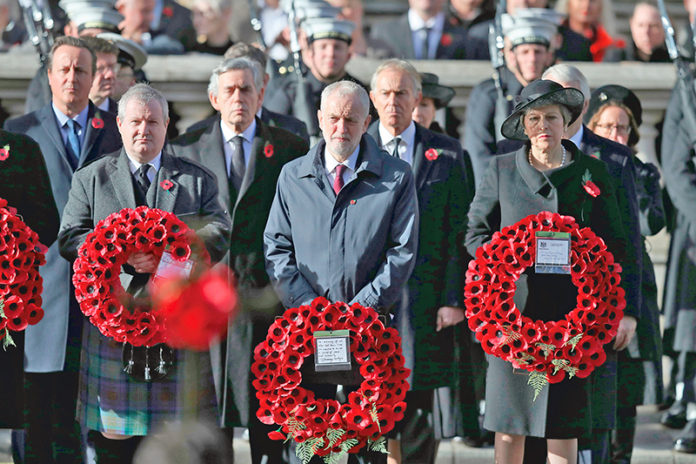 Whether or not you agree with Jeremy Corbyn’s politics, you surely must see that some of his critics were more than a little desperate when they attacked the size of the poppy he sported over the weekend. Apparently, it wasn’t big enough for their liking which they saw as evidence that he is unpatriotic and cares nothing for the memory of fallen soldiers. What an utter load of tripe. I have a feeling these same people would have criticised him if he had worn a poppy the size of a dartboard on his lapel. In fact, Corbyn (who is resolutely anti-war, not anti-soldiers) wore two poppies. One on his coat and one on his suit.
The criticism was pathetic and monstrously unfair, but then we’re used to seeing that. He attended the event with other politicians, laid a wreath and was solemn and dignified throughout. Unlike Corbyn those attacking him are not true patriots. How can they be when they turn Remembrance Day and dead soldiers into political pawns?
However, I do wish he’d worn a better coat. I don’t think his hooded anorak was disrespectful, just a little on the scruffy side. Optics matter in this day and age and our next prime minister must start to look more statesmanlike.
Oh, and while the critics were moaning and chuntering away Corbyn was doing some good. He announced that the Labour Party would end the ‘scourge’ of ex-troops sleeping on the streets by creating a social contract for veterans. This will provide them with security on housing, health and education once their service ends. The pledge also includes proposals to tackle PTSD putting it on a par with physical health issues. Now, all of this is hardly the behaviour of someone who’s supposed to be unpatriotic.