Home British Scene Chaos over a bit of snow 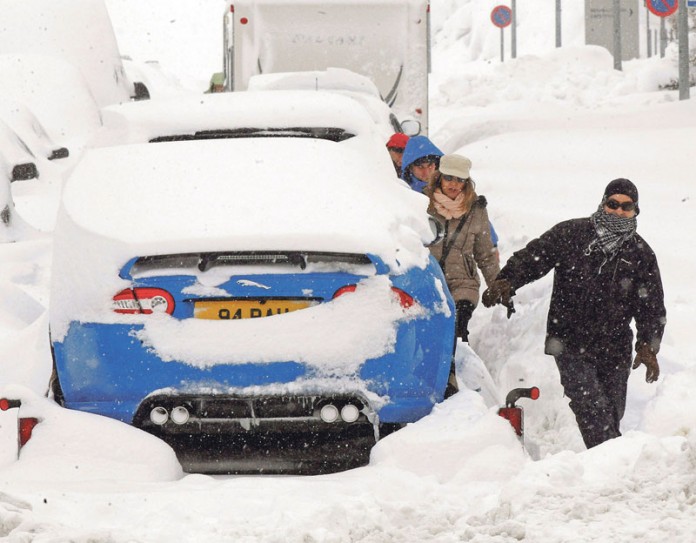 Usual chaos in Britain, all over a little bit of snow. Already the propaganda has started to roll out in the UK and all because there is a bit of snow forecast.
There will probably be the usual excuses by the train companies ´wrong type of snow´, road agencies will claim they are having problems gritting the roads, etc.etc.etc…
Spain does have snow every year, contrary to what some in the UK like to believe and Northern Valencia has some very good ski resorts.
I know some areas do not see snow from one year to the next but when it does, the infrastructure services snap into action without all the hoo-ha that exist in the UK.
Snow is not a new concept in Britain in fact Henry VIII (1491-1547), had one of his carriages adapted with skis to enable him to travel up the River Thames from Greenwich to London. There have been 24 frost fairs held on the River Thames since 1407, that is when the Thames has frozen over regularly, sufficiently for stalls and people to be on the ice. This came to halt in 1835 when the medieval London Bridge was removed. In 1963 the Thames was frozen completely for some time.
Our traditional Christmas cards designs are mainly due to Charles Dickens (1812-1870) and etchings in his novels, as for the first 8 years of his life there was an abundance of snow in Portsmouth and London.
So snow is not a new phenomenon in Britain, what is a fairly recent however, is the inability to deal with it quickly and efficiently.
I am not for one moment decrying the brave workers that go out and try to keep things moving. What I am decrying is the way Agencies and Public Officials reel out prepared excuses as to why the system is not working as well as it should with all the modern machinery available today and they expect , almost demand, that what they say is gospel. Wrong, from talking to many people these spokespersons are actually a laughing stock. Many a time I have heard people reciting what an official will say before they say it.
People are not a stupid as Public offices would like to believe, so wake up and start doing something that will actually work.