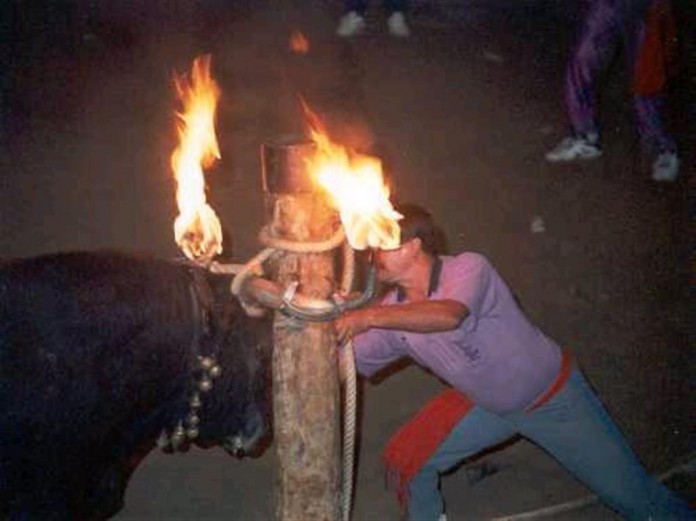 INCREASING pressure to eliminate the highly controversial ‘bou embolat’ (bull with fire on its horns) event from local festivities throughout the Valencia region have yielded a result.
While the idea of dropping the event remains tricky due to the considerable support it enjoys, significant changes were announced this week.
The regional government announced new measures aimed at tightening up safety and reducing the ordeal for the animals.
Sessions will be made shorter, dropping from the 45 minutes to one hour that each ‘bou embolat’ currently takes, to a maximum 30 minutes.
The aim is to cut the amount of time the animals are forced to endure the flaming balls on their horns.