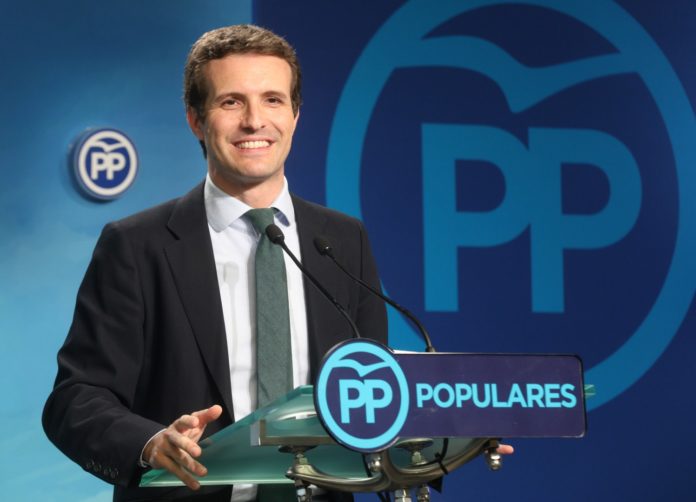 PABLO Casado, 37, was appointed new leader of the PP party replacing from PM Mariano Rajoy at the party’s general congress held in Madrid at the weekend.
Casado obtained 60% of the congress delegates’ votes, quite an outstanding victory over his rival and former deputy-PM Soraya Sáez de Santamaria – as independent surveys claimed the result would be the exact opposite.