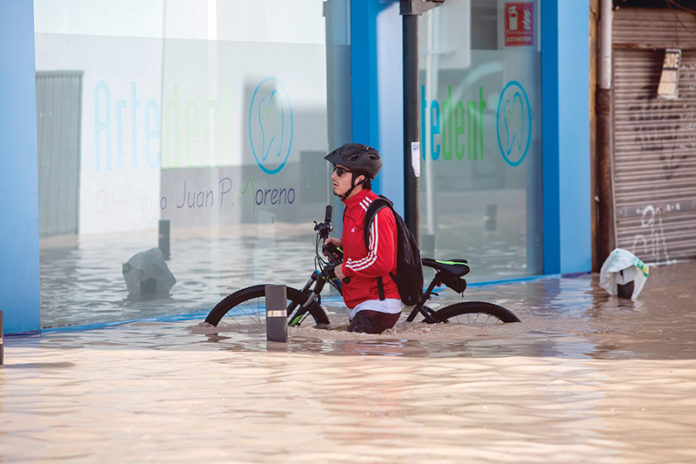 RESIDENTS affected by the September floods in Ontinyent have signed a petition calling for urgent action – especially as another gota fría is forecast to hit the Mediterranean.
Homeowners in the Benarrai neighbourhood were left literally under water when the river Clariano running through the Vall d’Albaida district capital burst its banks, with ground floors, garages, stairwells and lifts in up to six feet of floods.
One of the worst-affected areas was the C/ Enric Valor, and nearly everyone on the street is among the 500 who have signed the petition.
They say a similar natural disaster occurred in 2016, and they complained to authorities about lack of preparation – but nothing has changed.