She joined CLARO four years ago and is back again in Orihuela Costa where she lived for two years, after finishing her degree in languages in the UK.

Costa Blanca News spoke to CLARO’s new president this week about her hopes and plans for the political party. 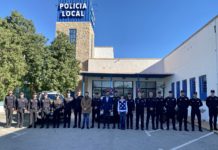