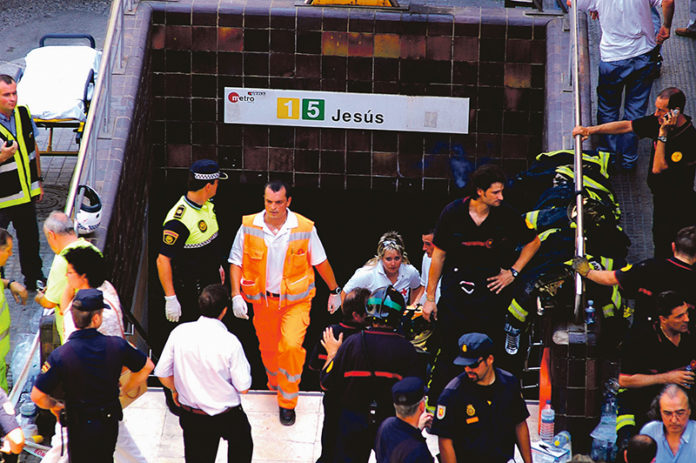 EIGHT former executives of Valencian Government Railways (FGV) will stand trial for the tragic accident that took place in 2006.
The infamous incident occurred on July 3, 2006, and ended with 43 people dead and several more injured. Government officials at the time claimed it had been the fault of the driver, but victim associations have been calling for a trial to see if any fault could be attributed to the people who were in charge, as there are claims of lacklustre infrastructure and other issues that they believe had not been addressed and caused the crash.