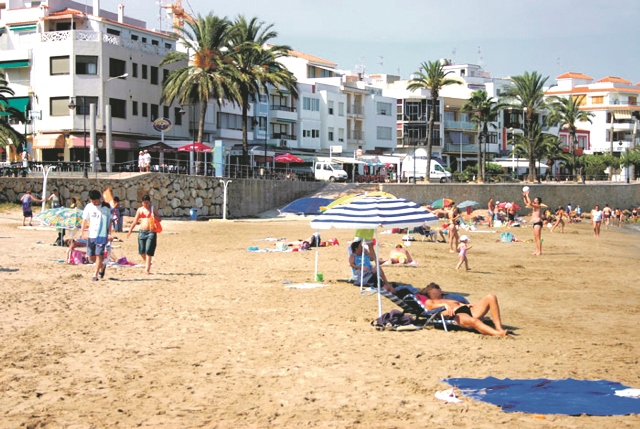 SWIMMING in Alcossebre’s Las Arenas beach has been banned for over a week due to contaminted seawater.
The red flag, which prohibits beach goers from entering the sea, was raised on Wednesday 19 after seawater analyses gave positive results for certain sewage-related substances.
Several days of investigations later, health authorities discovered there was a leak in a nearby restaurant.
The pump that sent wastewater into the sewer was broken, resulting in spills that ended up in the sea.
In order to solve the problem, the town hall ordered a connexion to be made with a nearby stream in order to pump clean water back into the sea and make it safe for swimmers while fixing the restaurant’s pump and sending contaminated water to the nearest treatment plant to have it sanitised.