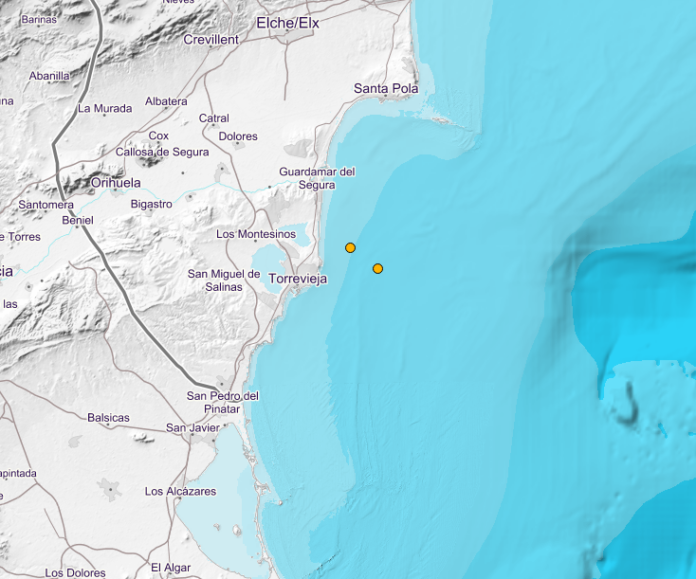 Torrevieja residents reported feeling several earthquakes last night and this morning – but only two have been recorded by the national geographic institute (IGN).
The second tremor occurred in the sea off the coast of Torrevieja, close to the epicentre of the first one.
It was recorded at 04.07 and measured 2.5 on the moment magnitude scale.
No damage has been reported in the seismic activity.
The two epicentres of the earthquakes are shown on the IGN map.
Full report on the tremors in Friday’s Costa Blanca News – available from supermarkets, tobacconists/newspaper shops and online at www.costa-news.com