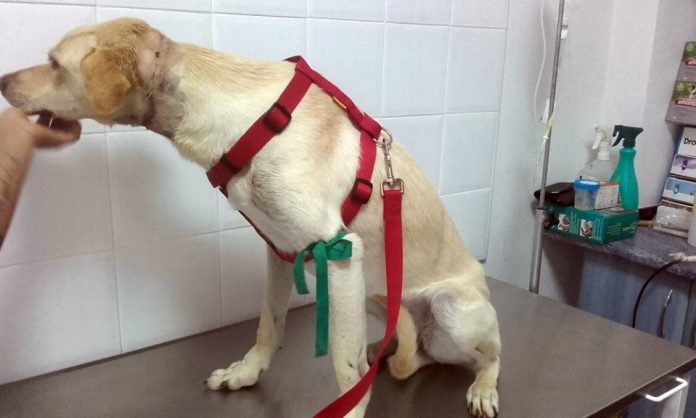 Animals have been found intentionally hurt across Níjar in recent months, mainly in the area of San Isidro. Now the Guardia Civil have launched an investigation after local vets and pet charity collated information to suggest someone is deliberately maiming dogs and cats in the area.

The Pupekas animal association says many animals have been tortured by the use of barbed wire. They cite the example of Leila, a young dog they found abandoned with barbed wire so tightly wrapped around her neck that it was barely visible and scars had formed over the wound. Leo, another dog found by an off duty Guardia Civil officer, had her muzzle wrapped in barbed wire to stop her from eating. Both animals had been beaten.