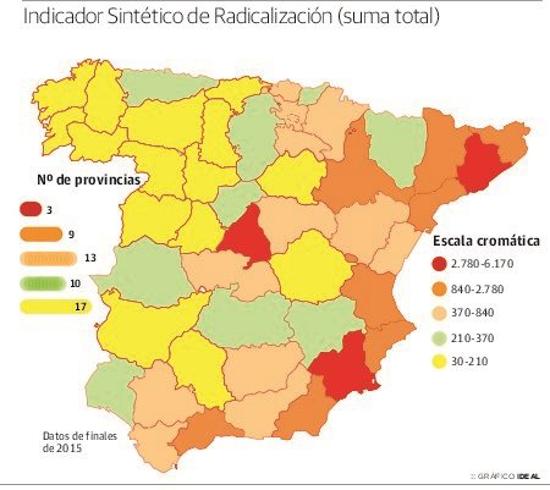 Almería is the second province in Andalucía for terrorism hotspots with 25 percent of all radicalization being here, with 1,157 points of interest for counter-terrorism authorities. It’s also the ninth in the country according to a 2015 report from the national Intelligence Centre against Terrorism and Organized Crime (CITCO).

The report was leaked by journalist Ignacio Cembrero who has now published a book on Islamic radicalization across Spain called “La España de Alá” (Allah’s Spain).