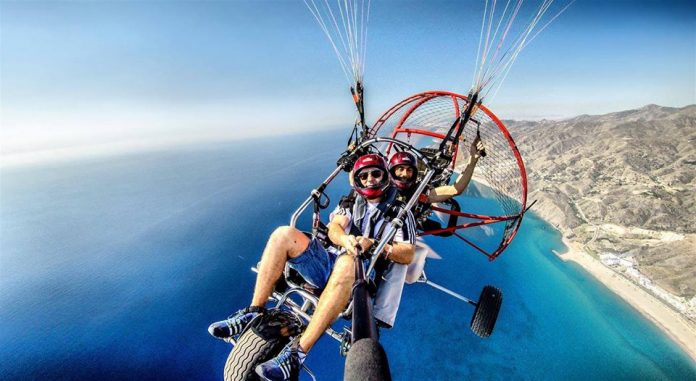 Two people were injured at the weekend when a paraglider crashed on take off from Macenas beach in Mojacar.

The accident happened on Saturday afternoon, August 3, when the aircraft failed to clear a parked car as it attempted to take off, crashing into the vehicle and injuring the paraglider’s occupants.

The instructor, identified as Mario Cano, suffered a broken toe and cuts to his arm, while the female passenger, aged 45, had a minor leg injury. Both were taken to La Inmaculada hospital in Huércal Overa for treatment and later released.