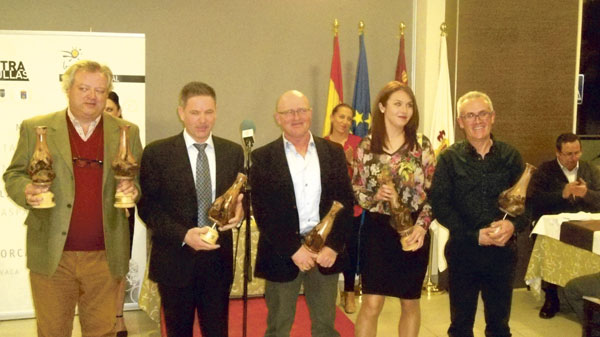 Perhaps the burghers of Denominación de Origen Bullas saw the writing on the wall ten years ago – La Crisis, from which Spain is only just now emerging, battered and bruised, was about to raise it’s rather ugly head?
Or maybe it was because the shrewd members of the Consejo Regulador (Ruling Council) of the day had the foresight to see that it was high time that the sleeping giant of an officially acknowledged, legally protected area of production needed to grab the ‘Bullas’ by the horns and start to become more proactive in the world wine market and indeed to start making more of an impression on the national scene too.
I’m not sure, of course, but I do know that the decision to start an internal wine competition was a good one. Wine exports over the years have seen a rise, proportional to the increasing publicity and, whilst being a little slower to take off, national sales are on the up, too. The ‘prophet in his own country’ effect will be around for a generation or two more yet, here in conservative (note the small ‘c’!) Spain, but the signs are good.
I’m not sure if this sounds like blowing my own trumpet, or, more so, that of the Costa News Group, but I’ll risk writing also that inviting a foreign journalist to join the panel of judges may well have helped in spreading the gospel according to DOP Bullas! But, for my own peace of mind I think I’ll err on the side of my invitation being sent because of my experience as an international wine judge, rather than because of my big mouth! The likelihood is that it’s a combination of both.