Dear Editor,
With interest I read the article in the Costa Blanca News of July 29-August 2, 2022 about the DG of town planning of the Generalitat Valenciana, Sr. Vicente Garcia-Nebot and the Commissioner for Expatriates, Mr John M. Kirby.

Since the public was invited to send in questions on town planning, I want to use this opportunity to invite these gentlemen to explain why it takes a town planning department anytime between two and 10+ months to issue building permissions even for the simplest renovation work for individual home owners.

It was written that a total of 877,000 foreigners reside in the Valencia region and it is common course that most of these will have had some form of interaction with their local town planning department, be it for a new construction or for some form of reconstruction to their homes.

Most of these foreigners will have had some experience in dealing with town planning in their home country and therefore are aware that granting a building licence for a very large new construction could involve the town planning department in some additional work, however they will have no understanding why any of the applications for an ordinary building permission (minor or major) has to take so many months. No approval for a simple renovation plan should take 3, 4, 6 or even 12 months.

My personal experience is with the town planning departments of Alfaz del Pi and La Nucía, both of them do not seem to have any urgency to deal with granting building licences, in spite of detailed architectural plans having been submitted. However, when talking to other foreigners, this situation seems to exist in many other places in this region.

House owners are not treated as ‘clients’ and there is no regard for the consequences of these time delays. House owners hire architects and building contractors, they order materials and specialised work, all in an anticipation of work to commence as soon as possible after submission of plans to the town planning office, but the town planning department will not give any deadline for their approval procedure.

When buying any other service from any other organisation or shop, this noncommittal attitude would be unacceptable, but in a municipal town planning department nobody seems to be bothered by it.

A town planning department, like any other organisation, will have a lot of work to do, but with hands-on management and less of a civil servant attitude, it should be possible to create a ‘clean desk’ mentality that would greatly enhance the response speed and service to the real clients of the department.

There are several other issues I would like to address regarding the town planning department, but I am first interested to see the response to the above of the new gentlemen in the town planning of the Generalitat Valenciana who created a promising expectation in their first article in the Costa Blanca News.

Answer from John Kirby
I’d like to start by congratulating Dick on correctly identifying a problem that has caused, and continues to cause, the loss of in all probability tens of billions of euros to the Spanish economy as well as the failure of many projects and dreams of homeowners, both foreign and domestic. What’s more I’d also like to thank Dick for taking the time, essentially for caring enough, to try and change that situation.

Interestingly the issue I have been dealing with in my articles, illegal building on green-belt land and illegal building in general, is clearly not divorced from the fact that people have found it difficult, costly and uncertain to request planning permission, life finds a way. It’s true correlation isn’t always causation but, sometimes it is and this is definitely one of those times. If there’s a good way of doing something and a bad way of doing it and the good way is blocked, well, that just leaves the bad way.

It’s too simplistic to think – there are long delays here and there are not long delays for the same thing, namely planning permission, in other countries so something must be going wrong here. Spain wasn’t even a democracy until 1978 so its progress to this point has been nothing less than astounding. There are gaps in that progress and some wrong turns (the introduction of Planes Generales for example which are out of date the day they’re formalised, if they’re ever formalised) have been taken for sure but, progress it has been in town planning and building codes, and even swifter progress in the field of people’s individual rights.

Let’s make a cross border comparison to see what lessons can be learned, having been the Ambassador for Spain and Gibraltar for a British professional college for many years, the Chartered Association of Building Engineers (CABE), my point of comparison is skewed towards the British system but, I’m fairly confident other developed countries have similar systems. In the UK the administration has adopted a decidedly pro-market decentralised strategy. For example we introduced Permitted Development so that permits were not required for most small modifications and even extensions. We also have professional registers where the professional that carries out the work, electricians, engineers etc, certify their own work, they don’t need the public administration to validate it.

Here’s the problem with the public administration (someone just like me) validating all building work; having been a municipal technician responsible for issuing planning permission, in complex cases I had to ask the corresponding technician, architect, civil engineer, electrical engineer…to explain to me, essentially teach me, what they intended to do before I could inspect and sign off on their work. Obviously the shoe should be on the other foot.

In essence in the UK the public administration has either eliminated or outsourced the approval process of the majority of building works thus freeing up the municipal resources for municipal projects. So the solution to waiting times for planning permission, without the need for any additional resources, can be summed as decentralisation. Not funnelling everything through ‘a competent guy’ available two hours a week for consultation but, a whole series of collectively even more competent guys available 24/7.

OK so that’s the bad news, Dick’s right, both aspects of his analysis have merit, here’s the good news. This administration is aware of the problem and has taken a number of steps to solve it including the introduction of a digital platform for town planning. The not so good news is that the digital platform facilitates the application process which, if the problem is a lack of municipal technical resources/ hours, is actually going to make the specific problem of waiting times worse by stimulating demand. The cause of the delays is insufficient hours of competent technicians compared to the demand, not the lack of demand.

More good news the introduction and self-assessment routes (declaraciones responsables.). That’s genuinely good news for small projects, delays go from bad to zero. However, those projects have to be checked by the same municipal technicians at some stage, in this case post commencement of the works. So if it works, which I’m sure it will, the work load for the municipal technician increases yet again which adds to delays.

Here’s the ‘potentially’ game changing fabulous news, the creation of ECUVs. These are entities capable of giving approval for certain projects which currently require public administration checks. ECUVs = decentralisation of decision process = multiplication of resources, both intellectual and physical, available by several orders of magnitude. If access to become an ECUV isn’t restricted so much as to make it economically unviable for those competent professionals interested in activity, the introduction of ECUVs have the potential to inject more flexibility in the system. Reducing waiting times even for those who do not use ECUVs as the workload for municipal technicians is lowered. Using an ECUV instead of a municipal technician costs money, delays also cost money, so in many cases accelerating the process through the use of ECUVs actually means lowering additional costs and/or lost revenue, resulting in faster and cheaper projects.

The question, the 10-billion-euro question, is; so if we have clearly identified both the problem and the solution, why does this problem persist? Why are we losing billions of euros in lost business and still causing incalculable stress to home owners? The answer is that access to the creating an ECUV is so restrictive that’s completely unviable for the vast majority of competent technicians. This really is the solution but, currently entry really is so restrictive as to make it completely ineffective. It’s a great idea, I sincerely congratulate this administration, in particular Vicente García, for coming up with it. If allowed to do so it absolutely will work, it absolutely will stimulate the economy enormously and it absolutely will be copied by all other regions in Spain, it just needs a little tweaking.

Questions from people like Dick, provoking honest informed answers from people like me, being read by people who can make those changes can lead to significant change, so my thanks go out both to him for taking the time to ask the question and Costa Blanca News for providing the platform for us to exchange views. 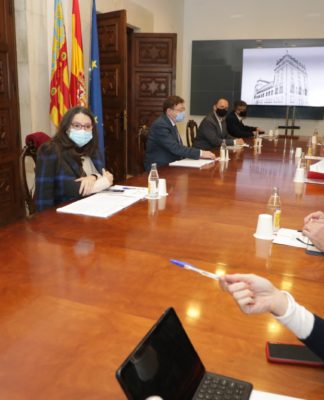 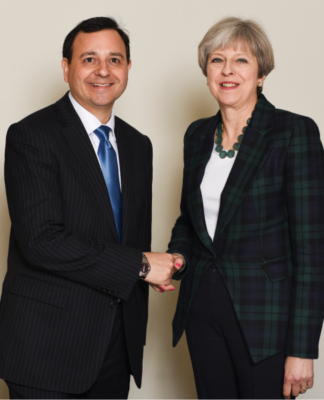